When I start my computer, network (wired) connects normally, and displays as "connected" icon in the indicator bar. Everything seems to be working fine.

Next, I'll open my Virtualbox, which has one host-only –adapter set for guests, and new network device appears to my "Network settings" -tab. This also is prepended to the list of devices, making my previously first network (wired) to be listed as second. (And its name changes as well, but I don't think it has anything to do with the problem) 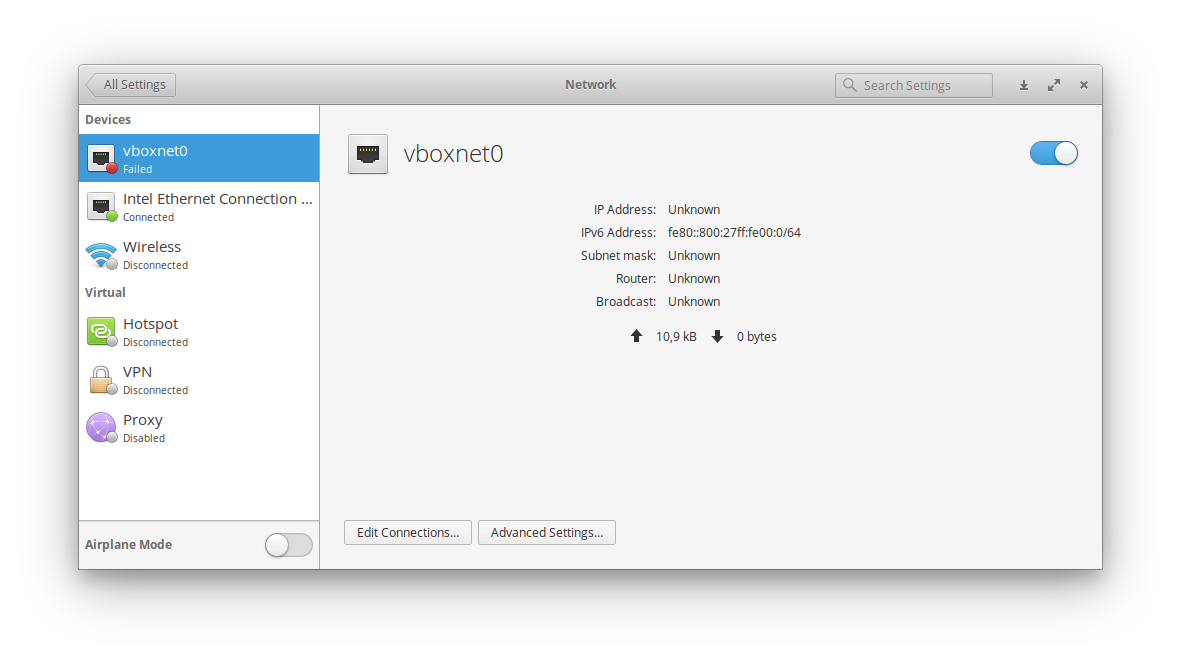 This makes my network-indicator to display as "not connected" – even if my hosts connection works fine. I think it has something to do with the new vboxnet0 – Device, which is now displayed as first device? 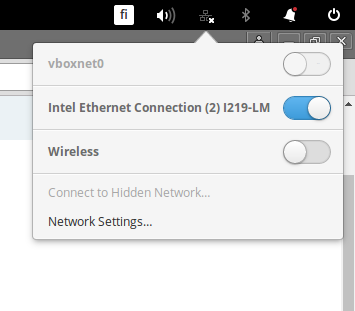 Is there a way to set the physical device to be listed first even if I initialize numerous virtualbox adapters?

I'd like that the indicator would always display the status of my physical (host) connectivity to the internet (which it does until the start of the virtualbox) - so there's something which changes the indicator whenever a new vboxnet is initialized.

EDIT1: I made some configurations on autostarting my VM on boot, and noticed that whenever the VM is initialized on background, no vboxnet0 - devices appear to my hosts devices list.

There was a version of the indicator released on the 11th September 2017 that should resolve this issue. Connected networks are prioritized above disconnected networks when choosing which network to use as the status icon.

Here's a screenshot of the indicator on my laptop today displaying some vboxnet interfaces, but still using the WiFi status as the icon on the panel: 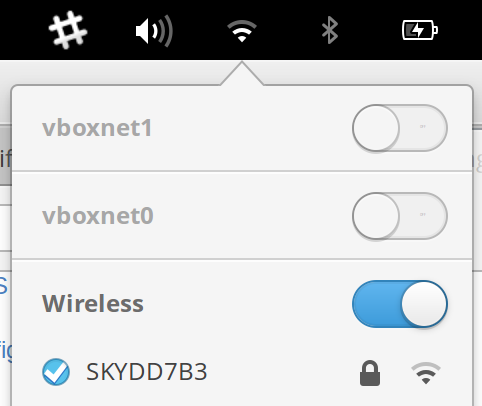 I've also just submitted a pull request on GitHub to remove the display of the vboxnet interfaces from the indicator entirely as there is no point in having them displayed in there.

Not the answer you're looking for? Browse other questions tagged networking virtualbox user-interface or ask your own question.