I have an 24' iMac 2007 that I successfully installed the latest version of Elementary OS (Hera 5.1).

Everything works out of the box fine except for the videocard driver which the system identified as Radeon 2600 XT, and it's understandable because it's device ID does match that of a 2600XT (0x9583), but I am certain that those iMacs have a 2600HD inside, hence this creates all sorts of problems(freezes, artifacts) in the eOS, especially when there is any hardware acceleration.

I am certain this isn't a unique problem, because in this blog post the author covers the same issue when installing Windows 10 (link to blog) where he had to manually alter the drivers and device ID to force the system to install the correct ones.

Is there any way I could do the same procedure on Elementary OS and it's pre-installed drivers?

EDIT: Here are the system specs inside Mac OS, while the GPU isn't specified as PRO (device id matches that of a XT), in the case of Windows install, a driver for 2600 PRO is suggested instead of XT version. 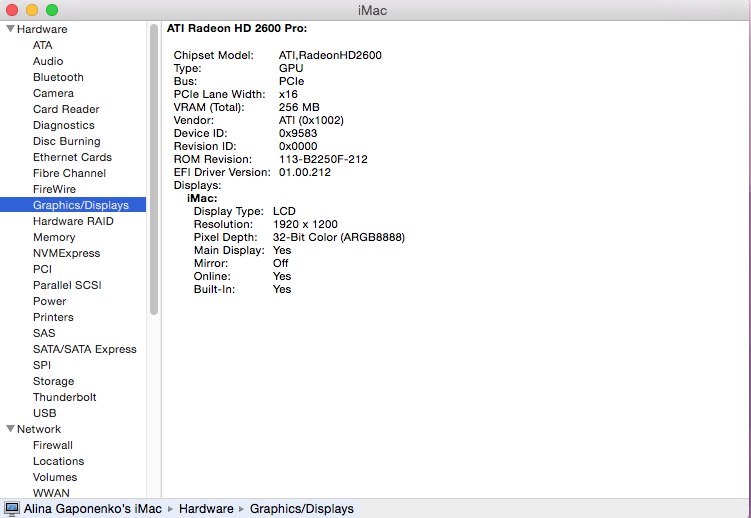 Browse other questions tagged release-hera graphic-drivers macintosh radeon or ask your own question.