How do I access the photos on my SD card on elementary OS?

I am new to Linux and StackExchange, and I'm having trouble finding my SD card so I can import my photos into GIMP for editing.

I have tried various commands using the terminal and I've looked in the Files application, but I can't find my SD card. The SD card is a SanDisk 128gb SD card.

My computer is an HP Envy x360 Convertible Laptop 15m-dr0xx and my SD card is plugged into the reader on its side.

All connected media (CD, flash disk, SD) should automatically appear in this section in Files: 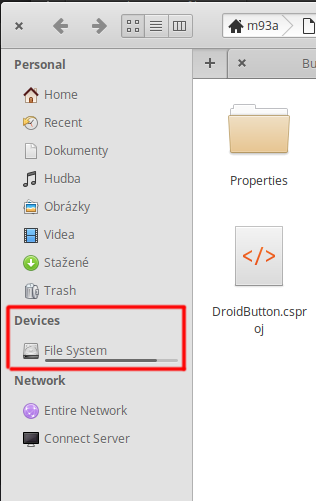 Try to be patient, it can theoretically take somewhere around a minute if your computer has a bad day 😉

If it doesn't appear, chances are you're missing a driver for the SD reader. Try running lspci and look for the model of your reader. It's probably Realtech RTS#### (where # are some digits). Then search for a corresponding driver on the Realtech website.

If the correct driver isn't there, you're in a bad luck. Now you're allowed to swear and be disrespectful of those Windows-centric manufacturers that can't even provide proper drivers for their hardware.

If you're feeling adventurous, there is an issue on AskUbuntu which solved the same problem for a different model of HP Envy. You can follow the instructions there and compile the driver yourself. Which isn't exactly easy for a newcoming user, luckily there's a sort of tutorial available.

Not the answer you're looking for? Browse other questions tagged files disk-management mount or ask your own question.

1
How do I access my Truecrypt container?
1
How do I know how much disk space I have?
5
Unable to mount or read SD card
0
How to resize the root file system of my installation?
0
How do I extend the root partition?
0
Can't access other drives after installing elementary
0
How to mount a Mojave/HighSierra APFS partition as read only in elementary OS?
0
How to access data from another operating system files