After 2 years without an issue, since 2 days ago my Loki has started freezing during the shutdown (as well as rebooting) process.
I have tried the most common solutions found on the internet (working on GRUB, booting into an earlier Kernel), but to no avail.
When I shut down, it freezes on the shutdown image (elementary OS logo, at this point not "pulsating" any longer, just stuck, and the screeen won't turn off). Pressing ESC reveal what you can see in the picture below, fixed and unchanged.
I will be very grateful to anyone trying to help with this! 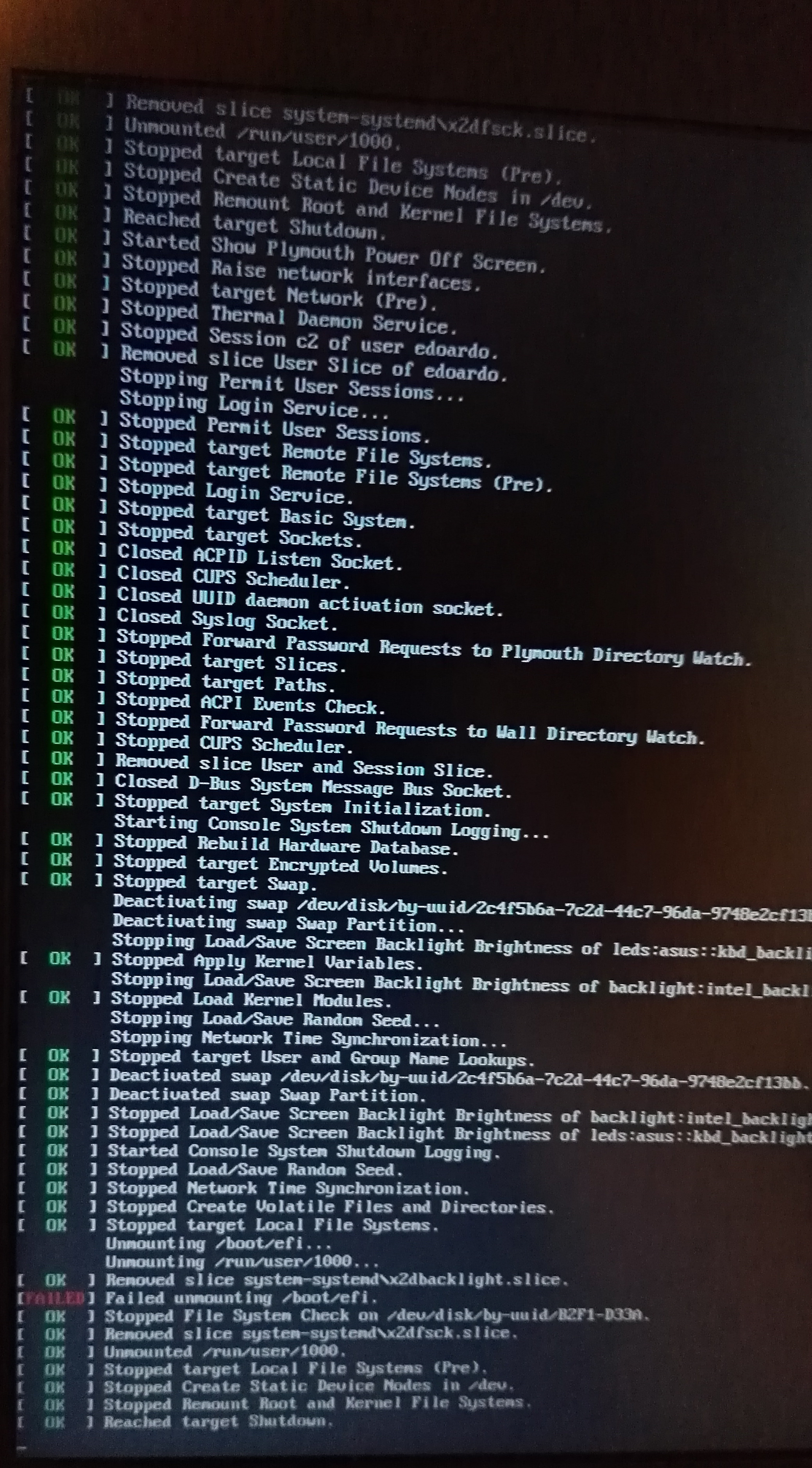 I could tell you to downgrade systemd right away, but you will be able to do it only to the first release not the last update. You'll miss a lot of fixes with it, check the changelog below for more details.

I recommend you to report this to:

, and then decide what to do.

Now If you want to test to downgrade systemd anyway...

Just add that dependency to the line

The bug was resolved with the latest kernel update, version 4.15.0-42-generic. No further action was required

0
Unable to reboot and/or shutdown?
7
Cannot Shutdown or Reboot elementary OS
2
No focus on shutdown buttons
1
What is the command for the shutdown dialogue in Loki?
2
Elementary OS does not shutdown correctly
1
elementary OS 'Loki' Shutdown doesn't work :(
1
Run a script on shutdown
0
Slow shutdown and cannot troubleshoot