When default light variant is used

I know that in Tweaks one can set to 'prefer dark variant'. But some applications (terminal, video player audience, the photo viewer pantheon-photos) are always dark even when the default light variant is used. 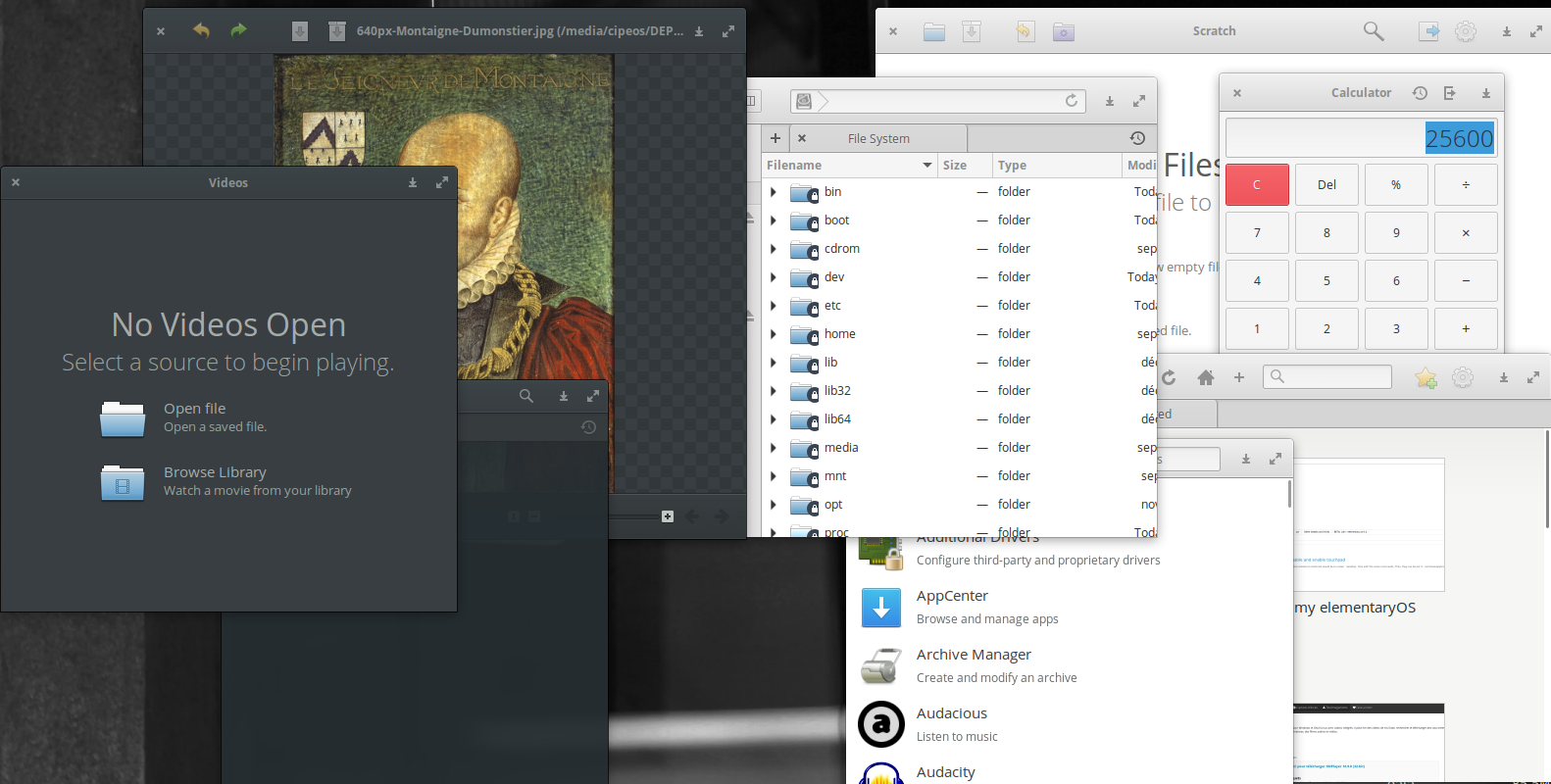 Some native applications seem to use dark theming, while the majority do not. 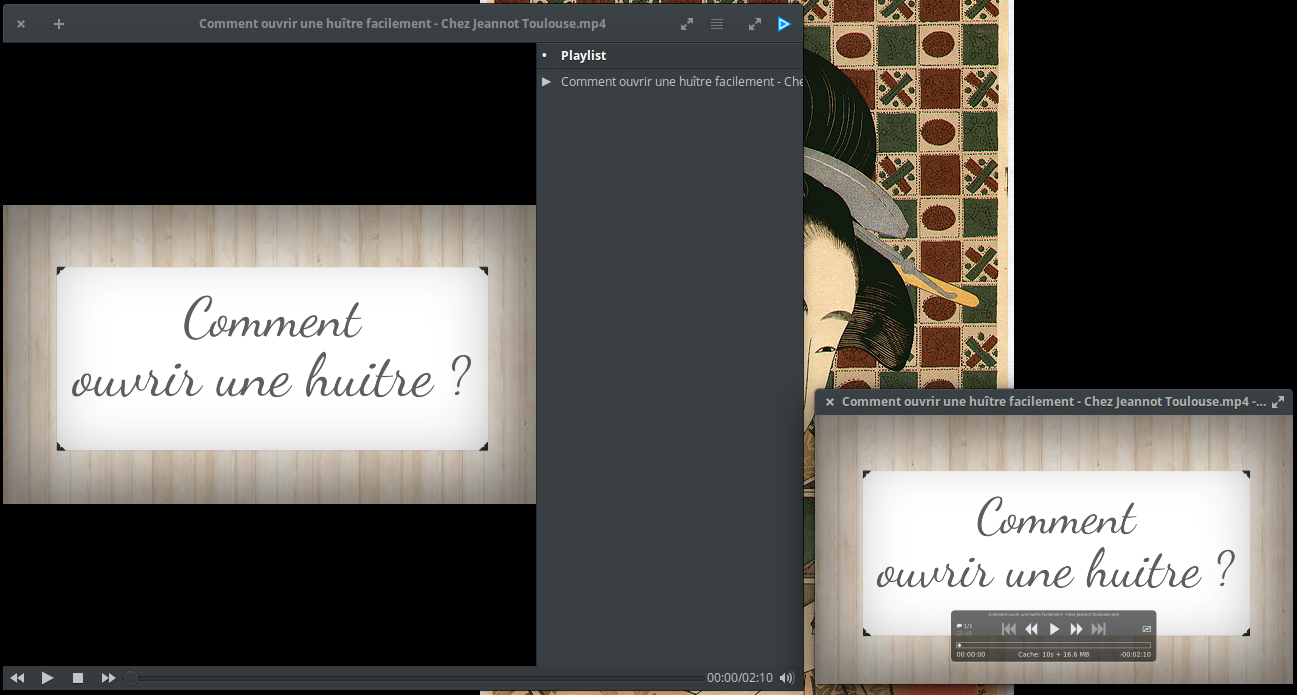 When dark variant is used

Also, when 'prefer dark variant' is enabled, another kind of inconsistency appears, namely among the applications that were light-themed in the previous case: some applications use a dark theme in the sense that the upper window border is dark with light buttons while the rest is still light (most non-native applications, and Scratch text editor), while others are fully dark, window border, but also dark toolbar, and dark backgrounds (most native applications, with the exception of Scratch text editor, but also many non-native ones: Pragha music player, gnome-disk-utility, pavucontrol, dconf-editor, Sound Juicer etc). 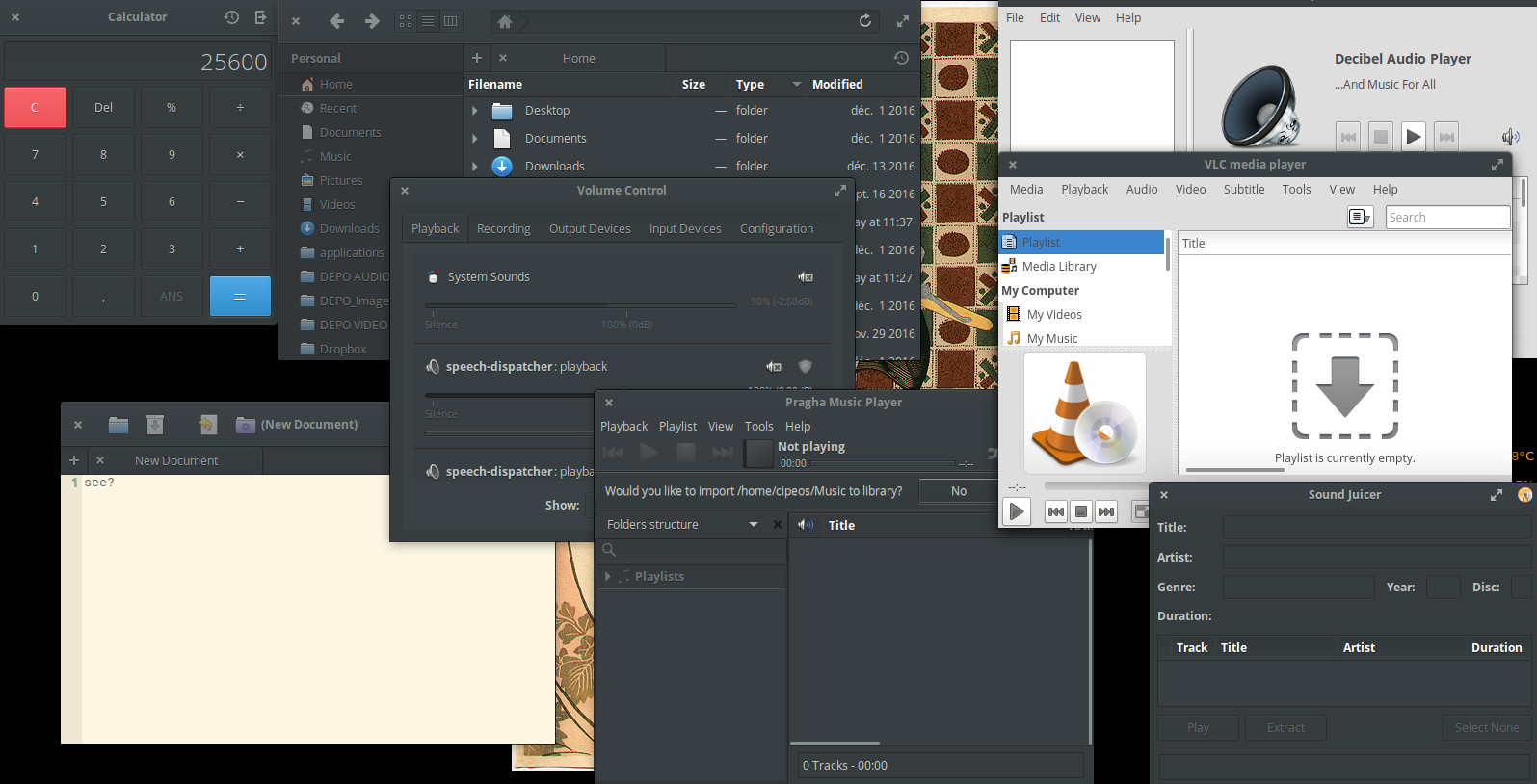 Is it related to gtk versions?

Some apps, mostly media apps, use the dark stylesheet to manipulate contrast around the type of content they display. For example, a photo viewer might use the dark stylesheet to make a photo's colors appear more bright and vibrant. For Terminal, this makes colors in syntax highlighting pop against the background. In Videos this makes sure the UI doesn't appear blindingly bright against a likely dark room or a dark scene in a video.

Other apps, mostly apps that deal with lots of text, may strongly prefer the light stylesheet to make sure that lengths of text don't tire the eyes. They might use the lightness of the background to convey that areas of the UI are editable, emulating the whiteness of paper.

In either way, we don't expose the ability for users to overwrite this because we feel that this is a decisions for developers to make about their own apps. Some developers ship custom stylesheets that break when forced to be paired with the wrong system stylesheet. We want to make sure that developers can be confident that their apps will appear on users' systems how the developer designed and tested them.

It was a design choice of the developers - light-coloured bar looks weird/distracting on generally dark apps like photo viewer or terminal.

Scratch uses it's own theming, so it doesn't depends on gtk theme. You could change it in scratch settings

2
Cursor Size not changing
1
Close, minimize and maximize buttons not appearing in some apps
3
Why do some apps have no close button?
1
Light background for Files with dark theme
1
Prefer dark variant support for Flatpak sideloaded apps in Hera
0
Auto switch to dark theme and back in apps and browser