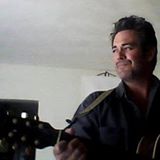 I'm a lapsed guru who started coding in my early teens around 1983 (BASIC, LOGO, LISP, etc).

At that time my friend Tim and I (he's over @librarything.com) had, I believe, one of the first dial-up BBS gaming networks in Cambridge. At our peak we had, maybe, 13 subscribers... Fun times. I remember seeing Gates speak at Harvard about a funky new thing call DOS.

With us, "Grey Hat Productions", you could dial in on a 2400-baud modem and "Go north" (it was essentially a ZORK clone) and then wait several minutes as we drew, pixel-by-pixel: "A Ninja!" All BASIC, lots of For-Next loops.

Tim became a PHP god; I became what we used to call "a producer" or less elegantly "a webmaster." (This was before anyone identified as a developer)

Flash forward: I continued to dabble in a very unsystematic fashion; went through the dot-com boom and bust. While I've always been able to solve code problems as they arise, I continue to feel hamstrung by my lack of a traditional CS/STEM background. (And I stink at math, though I'm strangely competent at symbolic logic. In hindsight, this may have something to do with my undergraduate focus on Epistemology)

In an attempt to rectify this, I went "full Linux" a few years ago with a focus on Ruby on Rails development. I want to comprehensively absorb a language in the way that I did back in the day and I like Rails' MVP bias. I'm also really digging Linux and ElementaryOS in general.

This user hasn't posted yet.