My PC and laptop can't read the USB in BIOS or OS if it was created by dd command with elementary OS iso, but it works fine with other distros iso, no matter how many times that I download the iso file, it just won't work, the elementary OS iso only works with unetbootin. 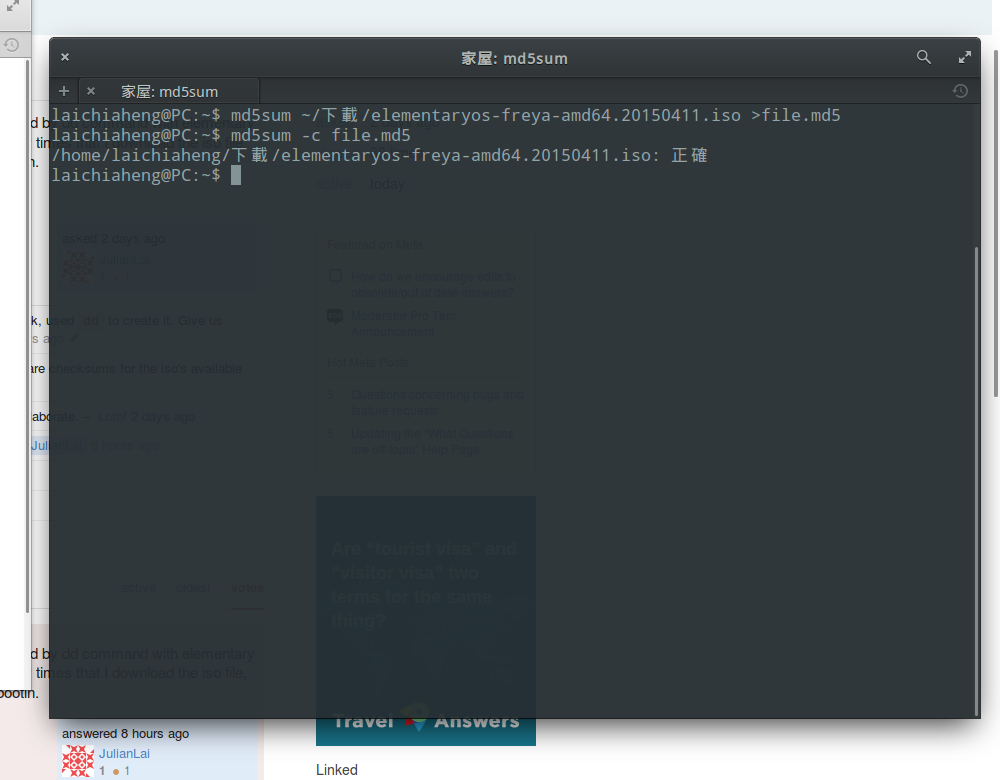 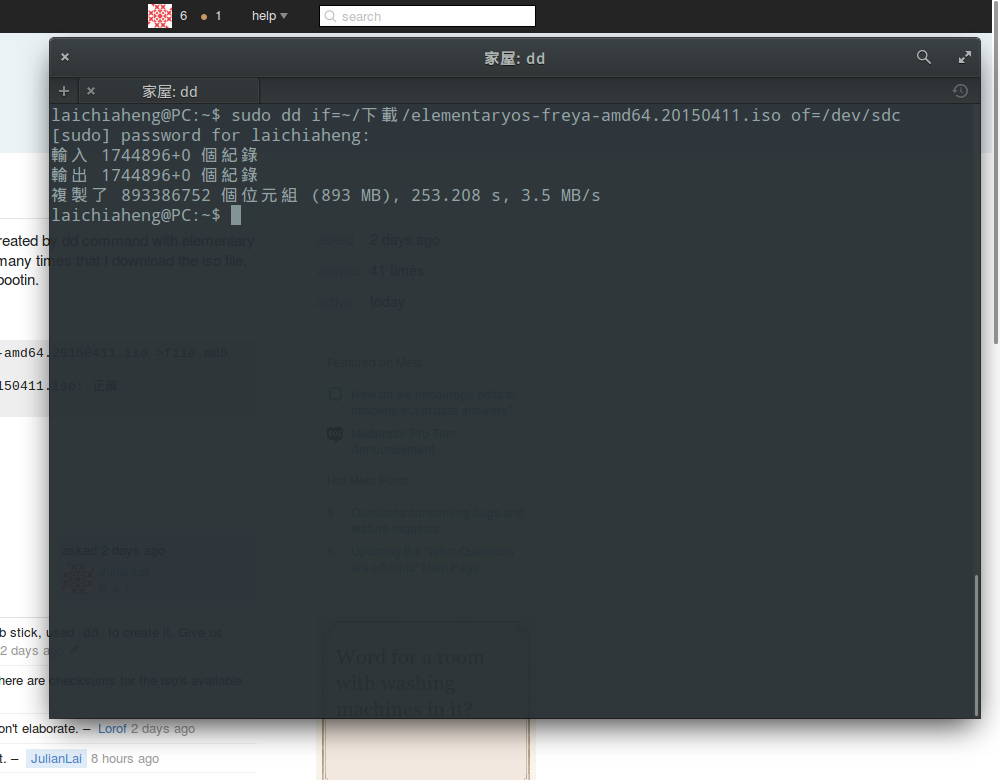 And I removed the usb disk, then pluged it in again, I couldn't see my 8G USB unless I mounted it as root, and I couldn't see it in the BIOS menu either. 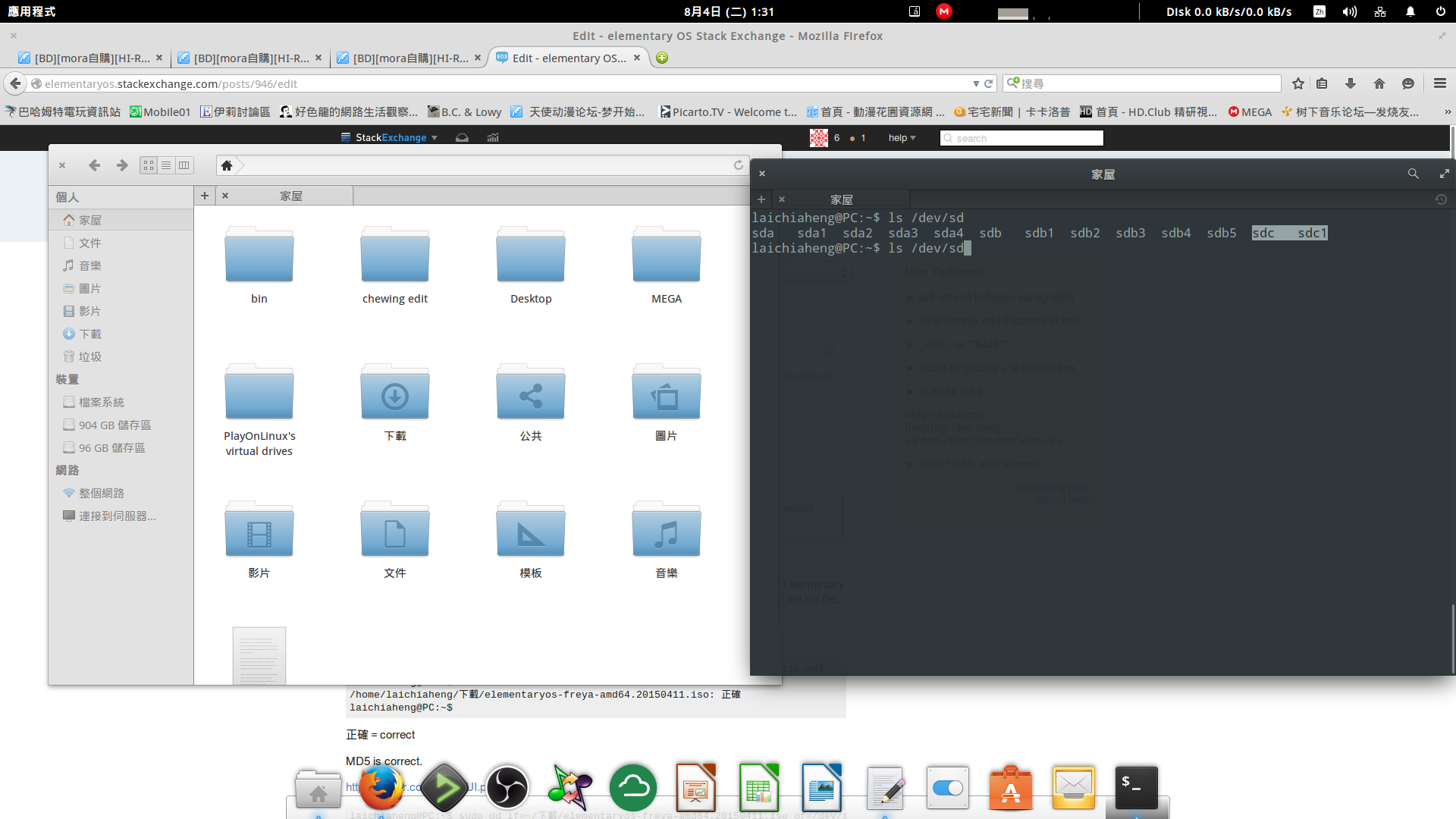 Then I tried Ubuntu 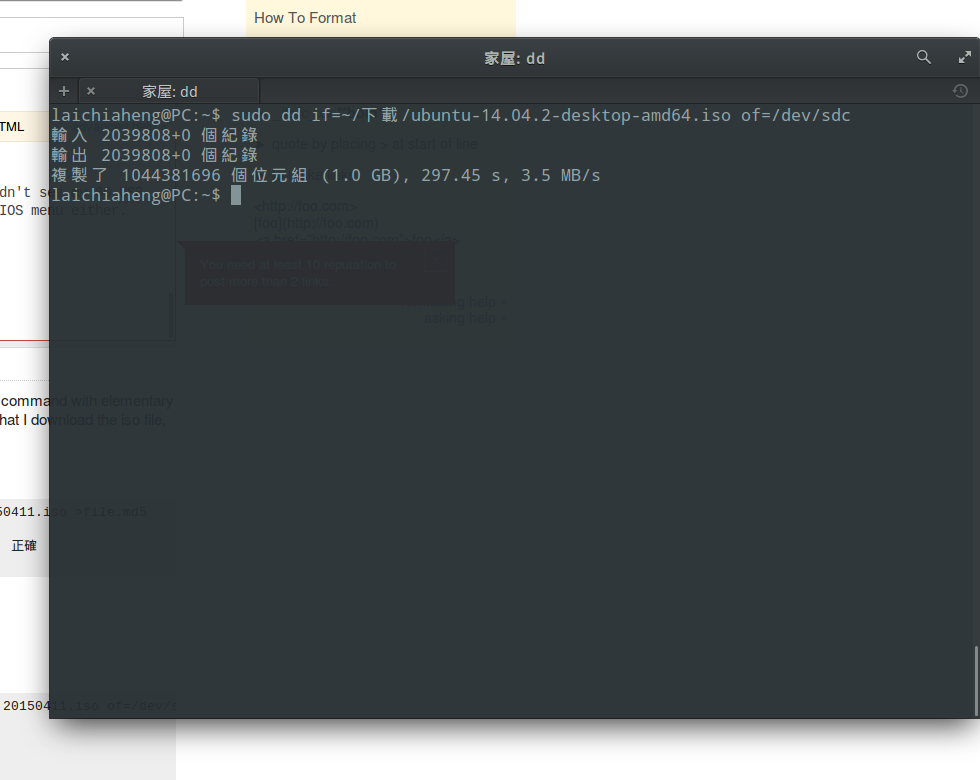 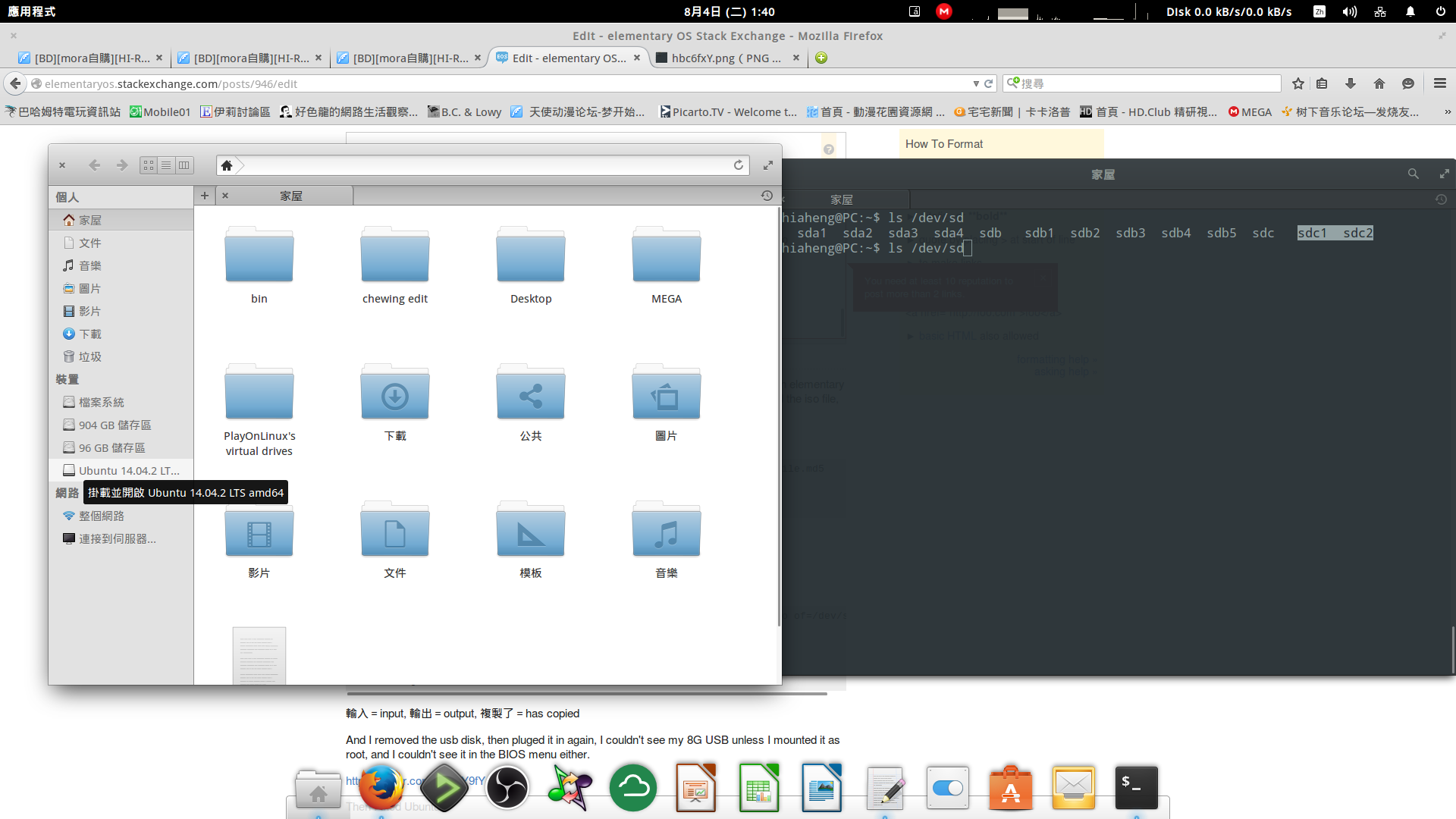 release-freya iso
Share
Improve this question
edited May 4 '16 at 10:23

TL;DR: (probably because) the partition is marked hidden.

A dd-copied USB stick booted fine on a few machines I tried. But these were 5-10 year old desktop boxes with BIOS.

The elementary ISO is an ISOHYBRID, like pretty much every distro these days. That means the disk image is both a bootable CD and an MBR-partitioned hard disk; a clever hack. But looking at the partition table, it is marked type 17 (hex), or "Hidden HPFS/NTFS". Of course, that's not what the partition is, hidden or not. Apparently that was the convention for a period of time.

It also appears that the ISO was built with Debian live-build 3.0, which is now a few versions old. Debian 6 also uses the same partition type. Debian 5 was not ISOHYBRID, and had no MBR. Debian 7 and 8, and other current distros use partition type 00, which technically means "empty". That makes no sense either, but apparently it works better.

One more consistently visible effect of having a "Hidden HPFS/NTFS" partition is that the Files app or equivalent will not show it when you plug in the stick, for you to click-to-mount. But it is visible (and click-mountable) in the Gnome Disks app, for example.

Perhaps the particular BIOS/EFI you have also "honors" the partition type in the same way.

I changed that one partition type byte on the stick, and "elementary OS" appeared in the UI when I plugged it in, as you expected in your screenshots. As I mentioned earlier, it booted fine for me regardless, so I have no evidence on that aspect.

I tried to come up with a "one-liner" for you to patch the same byte so you could try it, but couldn't come up with something good. Maybe someone else might have an idea; or I could come up with a "three-liner" or "five-liner" if you really want to try.

Going forward, I have no working knowledge of the particulars of how elementary builds their distro, so it may not be as simple as "do it like this". But it seems like an issue they can track and prioritize.

The elementary OS developers recommend using Unetbootin to burn the ISO to a USB key.

Not the answer you're looking for? Browse other questions tagged release-freya iso or ask your own question.

9
How to verify the downloaded .iso file?

2
How to add a package to the live CD (iso)?
3
Software updater doesn't work anymore correctly
6
Shortcut to change keyboard layout doesn't work
0
Why has sound stopped to work on headphones?
2
create a custom .iso of loki
0
Create ISO from Elementary OS