Error update " Could not get lock /var/lib/dpkg/lock" 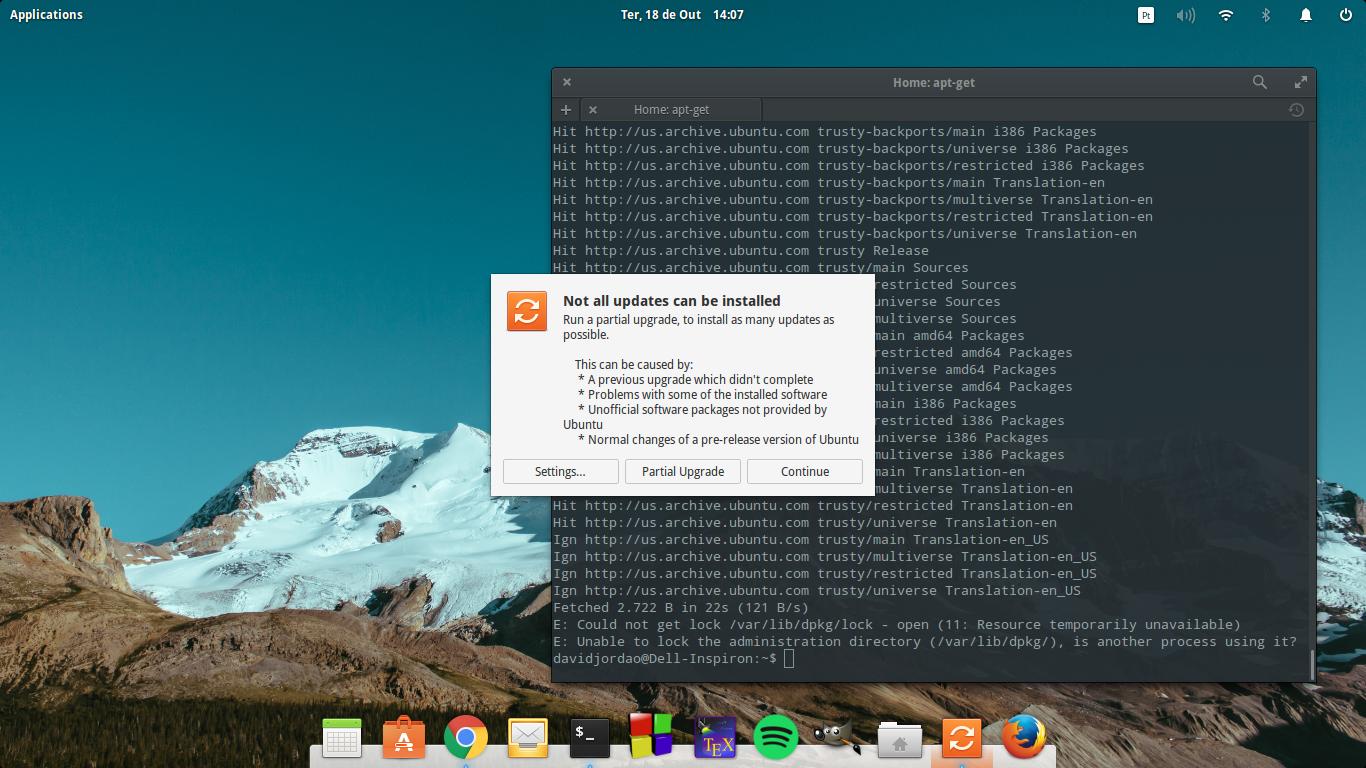 sometimes appear a update alert icon on top right beside the wifi icon, but i can't update because this lock

by the way, first I ran the shell command, after this, I tried the update software

This could be a problem with broken dependencies. If you've added PPAs or other third-party software sources, various dependencies might be conflicting with one another.

You could try running sudo apt-get install -f, which will attempt to fix the dependencies. (Source) If that doesn't work, this Ask Ubuntu question has additional steps you could take.

A fresh install will get you back to the default software sources. Loki also replaces the Ubuntu software update tools with elementary's new AppCenter, which I've found to be simpler and more reliable.

Not the answer you're looking for? Browse other questions tagged updates apt or ask your own question.