Stack Overflow for Teams is moving to its own domain! When the migration is complete, you will access your Teams at stackoverflowteams.com, and they will no longer appear in the left sidebar on stackoverflow.com.

Check your email for updates.

I'm using elementary OS Loki 0.4 with the Arc OSX themes for GTK+ but the UI in apps is very ugly, can someone help me? 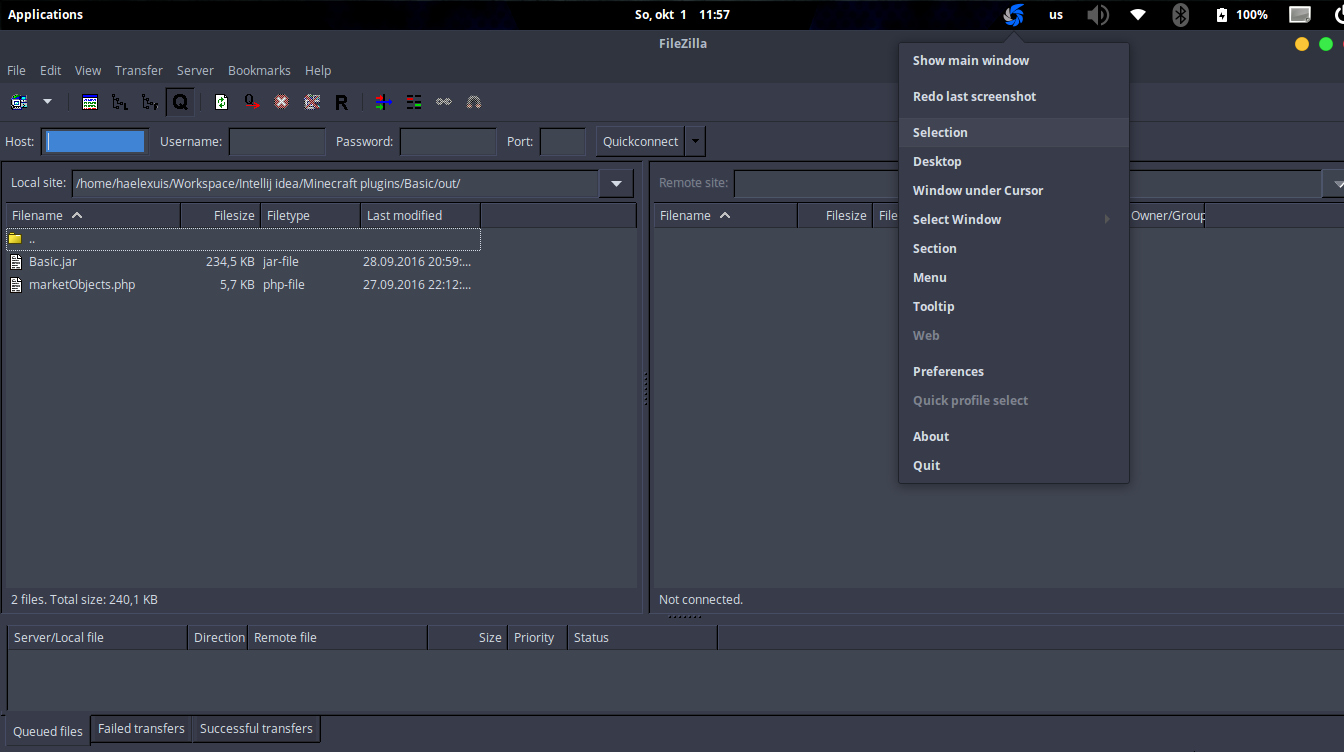 You have installed a theme which generally only applies to applications which use GTK+ 3, for example all default apps in elementary.

There are other toolkits used by developers for Linux apps where GTK+ themes will not be applied at all or at least differently. Here is a (non comprehensive) list of toolkits and notable examples of apps using them:

QGtkStyle (link for general info, might not apply to elementary) imitates the look of GTK+ 2 themes in Qt apps.

I'm not really sure, but I believe the way the FileZilla version available in Loki is compiled, it also tries to imitate the given GTK+ 2 theme. So in order for the app to look better, you have to find an appropriate GTK+ 2 theme and install it as well.

Try installing gtk2-engines-pixbuf and moving the Ark-OSX folder to /usr/share/themes if it isn’t saved there yet, that fixed it for me.

According to the README.md of the arc theme you need to also install the gtk2-engines-murrine package.

6
I've changed my system stylesheet or icons and things broke, now what?

10
Is there a site dedicated to elementary compatible apps and themes?
4
How can I change the Notification font color and/or background color?
1
Is there documentation on Icon Design for Gtk+ and elementary OS?
1
GTK 3.16 or up for elementary OS Freya
0
elementaryOS Loki - Plank themes
0
Well-rated gtk themes that work on Loki
1
Font in power/battery/wifi/applications has fuzzy shadow with OSX-Arc-White theme