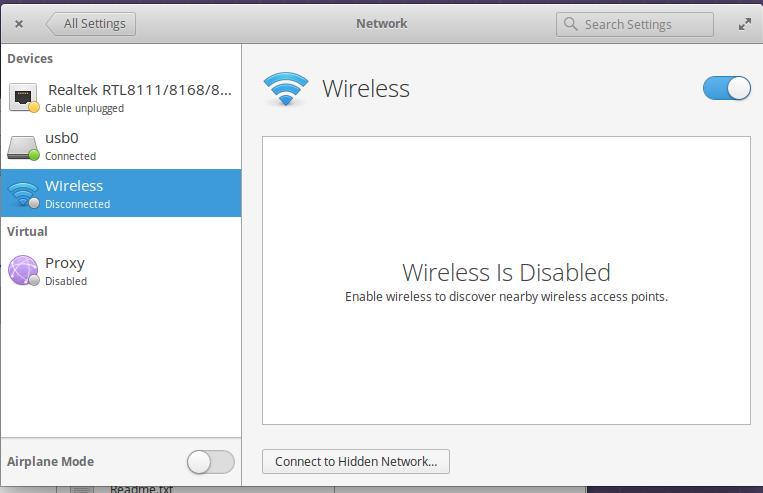 hi guys, i am on elementary OS Loki, updated to latest. currently my wifi is not working as in ubuntu and the wifi tab in network setting shows disabled even tho i have it clicked. the wifi is working fine in ubuntu 16.04 tho.

Open a terminal emulator and type this:

The Realtek RTL8188EU chipset doesn't work out of the box in Linux Mint 18.x and Ubuntu 16.04.x. Also, it has an optical bug: the strength of available wireless networks is wrongly shown as 0 %.

a. First establish internet connection by other means, for example by ethernet cable.

b. Launch a terminal window.

c. Check the currently running driver for your wireless chipset:

The outcome should show the name of the current driver: r8188eu.

d. Install the required build packages (the building tools with which you're going to build the driver):

e. Download the driver packages by means of git, with this command:

And then run this command:

g. Install the compiled module with this command:

i. Check the currently running driver for your wireless chipset: copy/paste the following command line into the terminal:

The outcome should now show the name of the new driver: 8188eu.

j. Click on the icon of Network Manager in the system tray, in order to connect with your wireless network.

Note: do NOT install newer kernels, because then you'll probably lose the driver again!

Give Credit Where It’s Due

Not the answer you're looking for? Browse other questions tagged wifi or ask your own question.