I cannot use ibus-unikey for typing Vietnamese.

With ibus-setup, I added English and VN-Unikey but I can't switch between those options. I checked keyboard shortcut and changed but it doesn't work at all. 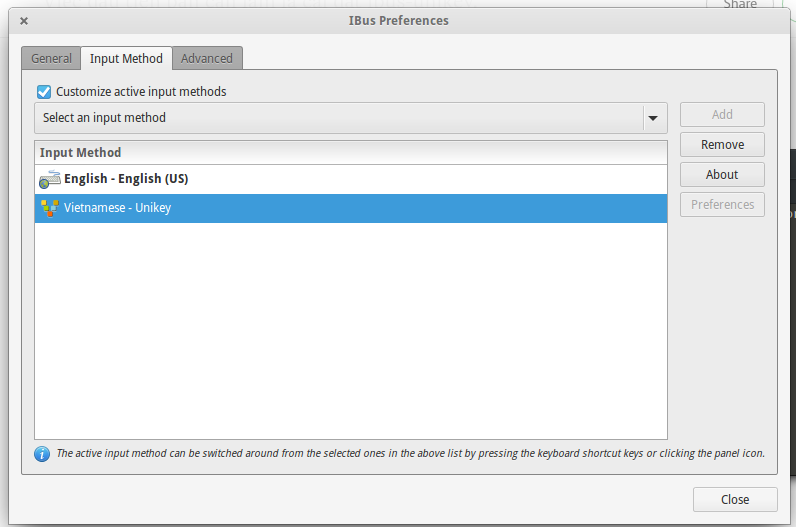 Run this command in your terminal: 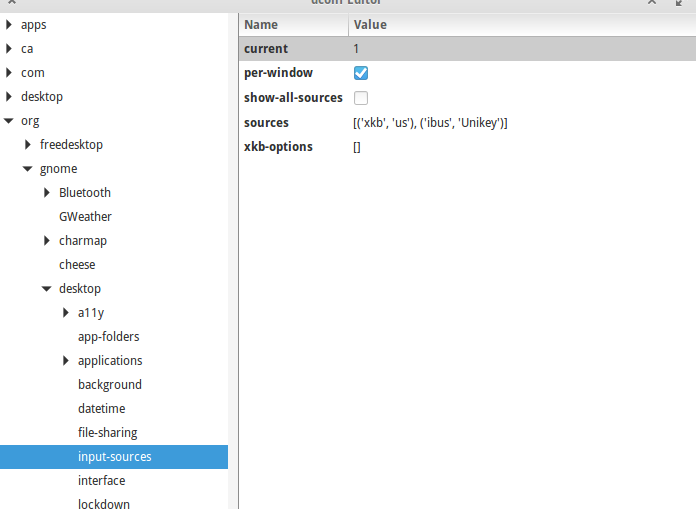 I know that this thread is very old now, but I just hope I can get an answer for those who may encounter it when using Elementary.

So to be blunt, we can use the command line to control Ibus instead of rely on the GUI thing. The commands are simple, in this case we will switch between English and Vietnamese, but other languages can apply without any problems.

Step 1: Get the English and Vietnamese engines

You should find the engines for English and Vietnamese as xkb:us::eng and Unikey, respectively

Step 2: Create the scripts for changing input methods I'm not a pro so I create simple scripts, you will need two here.

Create a bin directory if you haven't already, and cd into it:

Now the scripts, first is for US English input method:

Save them as cim_en.sh and cim_vn.sh ("cim" stands for change input method) 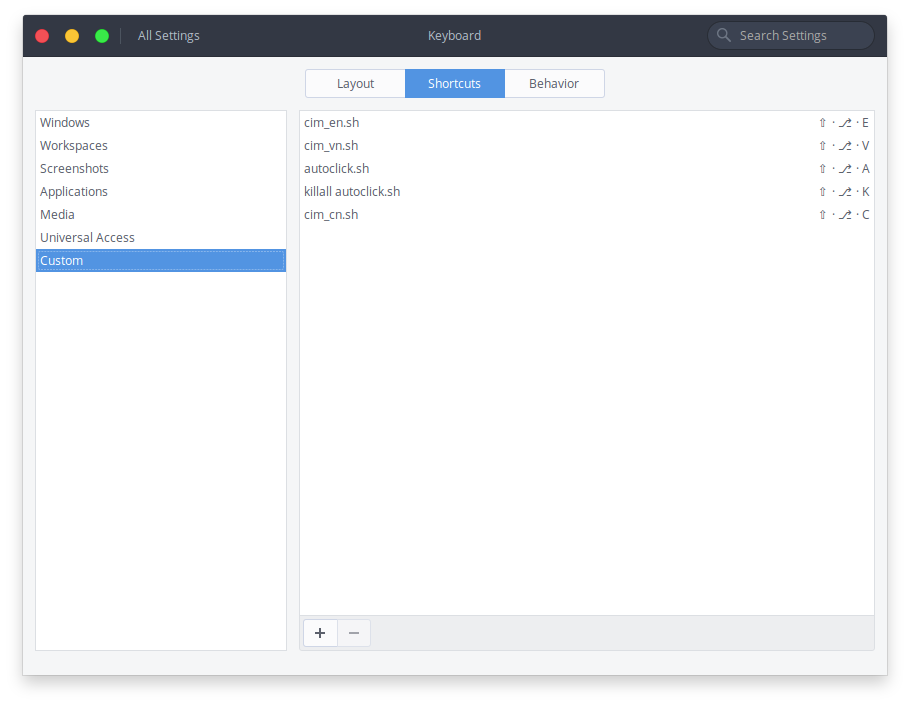 And that pretty much solved the problem for me.

Not the answer you're looking for? Browse other questions tagged ibus or ask your own question.