I've been running elementary OS alongside Mac OS for a few years now on my Macbook Pro 2016. Now Odin is out, I decided to erase my disk to get rid of Mac OS and go 100% elementary, but I've found some trouble with the new installer. After I click on delete full disk and install, I get a "no enough space" message. Trying to solve it, I decided to go the "custom install" route. 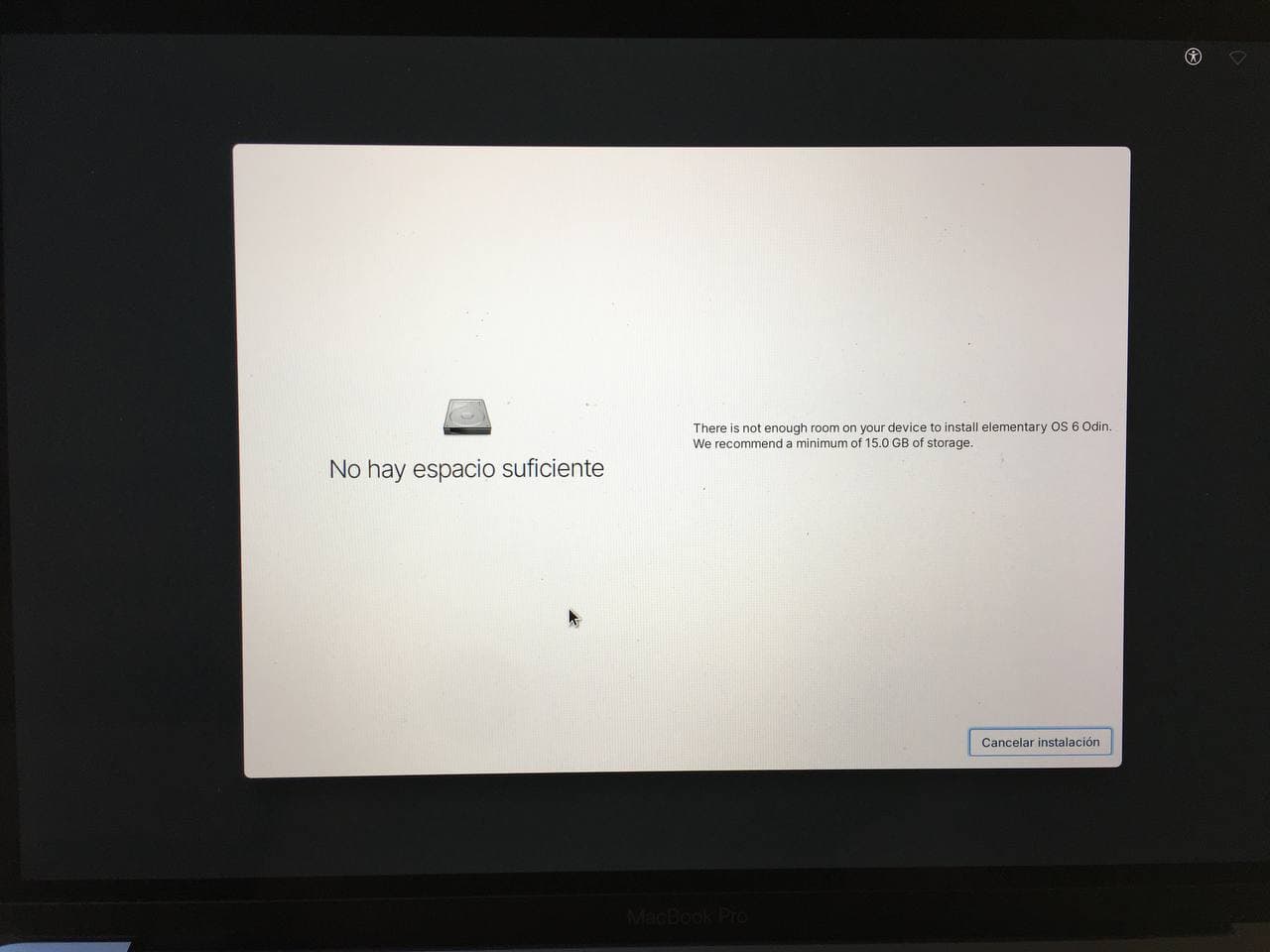 GParted gives the following error (note that the snapshot here was taken on the live mode just because I forgot to take it while trying to install. Despite the error, Files recognized the disk). I ignored the error so could see my partitions and deleted all of them, creating a new one for Odin. 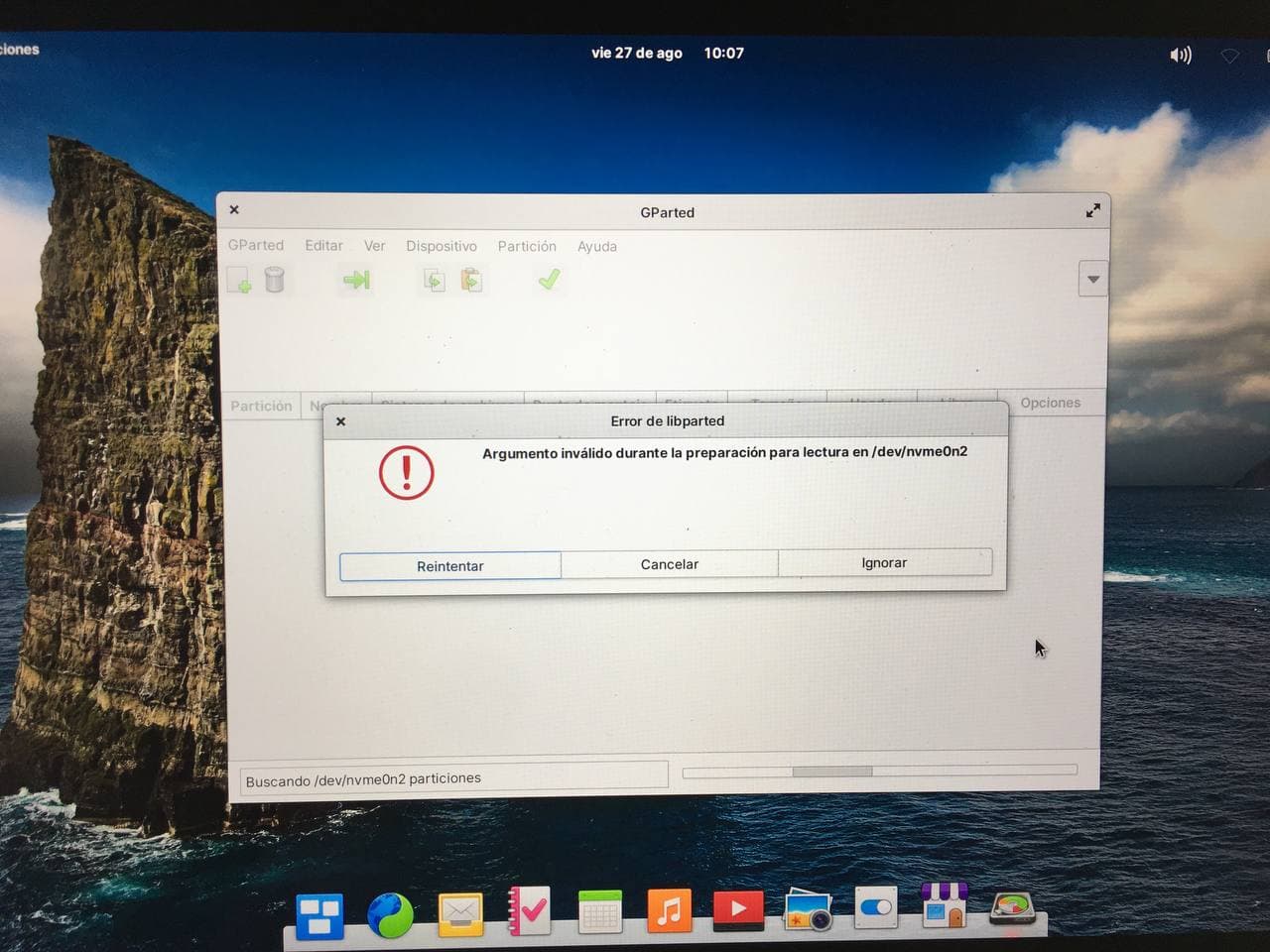 But despite of it, the installer does not show the partitions or even the disk 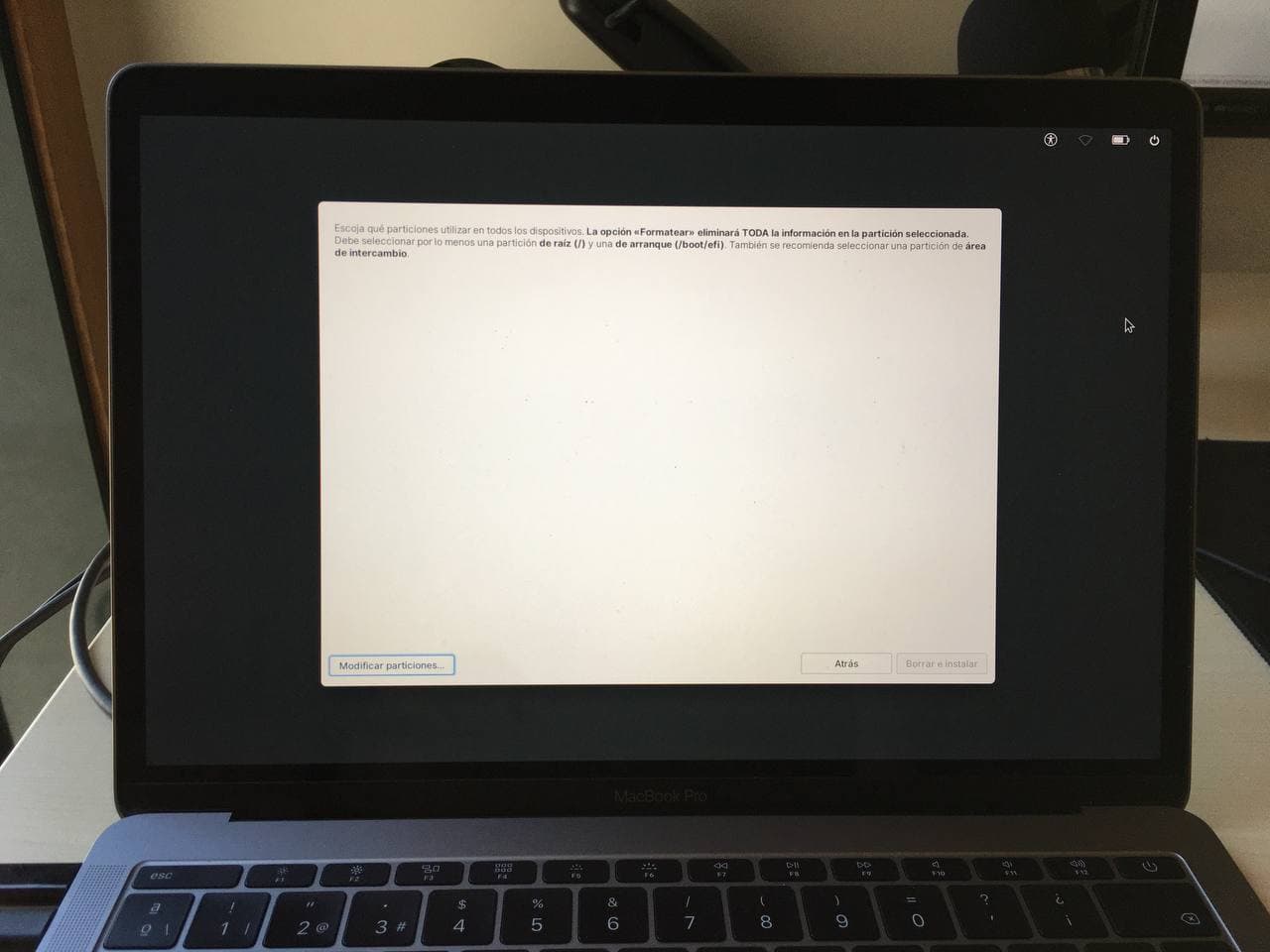 Note that I've checked that both Ubuntu 20.04 and 21.04 recognize the disk correctly, so it seems that this could be the new installer's fault.

Did you find a solution? I have the same problem. Macbook Pro 2017.

Not the answer you're looking for? Browse other questions tagged macbook install disk or ask your own question.