Freya has it's quirks but for the most parts very pretty and works quite well. Recently however, I've decided to download some games to play on my desktop, and it has this peculiar behaviour.

For the record, I've only downloaded and attempted to play 3 games, listed below

Upon starting these games, it runs relatively smooth and have no problems. However, this is short lived. It runs for anywhere between 3-15 minutes before the system crash.

It will play normally and out of nowhere, flash a black screen where it'll stay for a couple seconds before the illuminating nice Freya logo shows up, then the system just shuts off. When starting the system up again, no errors pop up and I can run the games again, and it will shut itself down again.

I read somewhere it may have something to do with Nvidia and Linux not working to well. I can't really understand much, I'm very new to the world of Linux.

*It doesn't work because of it being a 64-bit system and the game requires the 32-bit version of flash or something. Have yet to try and fix it.

I have tried to do as @Jeroen suggested by changing drivers to Nvidia's proprietary drivers, and that has resulted in Steam not even starting up. A quick search has suggested that I try to switch to non-proprietary drivers, then Steam will be able to start, then I just need to switch back. However, that does not seem to work. Maybe I'm selecting the wrong driver? This is a picture of the driver list, I have no idea how to screenshot on Elementary, this does just fine for now, was in a hurry. Hehe.. 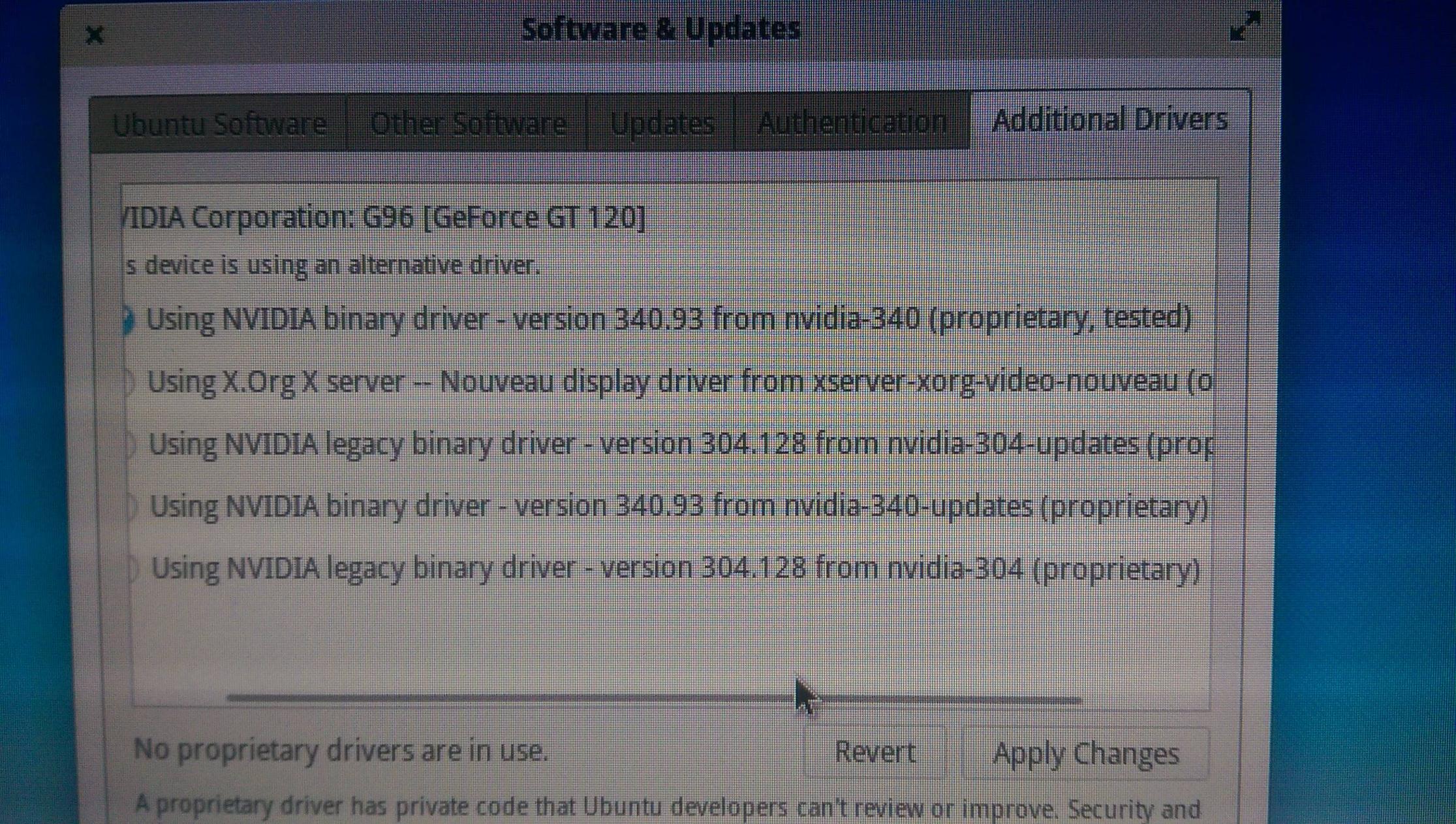 Browse other questions tagged system graphic-drivers games or ask your own question.