What does this prompt want ? help a newbie

This is stymying. It's a fairly common dialog that I've just not seen the answer. The answer has to be there as I'm the only one asking ...

I start with APPER and choose to export an install script, which is exactly what I need to do BEFORE I reinstall and hopefully remove the problems I'm getting from TWEAKS and the latest version. Then I get an interactive window where I can traverse the directory tree. Many apps use this window. Until I figure it out, I'm stuck all over. So I've tried all sorts of key combinations ctrl, fn, (window) and alt. But I keep hoping that the universal '?' or F1 keys would hotlink to a quick help or that an extended hover would display a tip. I try the 'Universal' or accessibility part of the setup. Other OS have something similar to the color scheme or entry style that voice-over (speak selection) would show. I couldn't find anything to help. I do wish these ket bindings would be part of a help window though. It's hard to like OSX help screen broad strokes that display when there's no context help. Until now I see that it's a perfect response when there's no help function for the container.

Just in case, here are the screenshots :

Notice how in the image below I can pick out the destination action item in the top.It's so much easier as a user to determine my action goal. 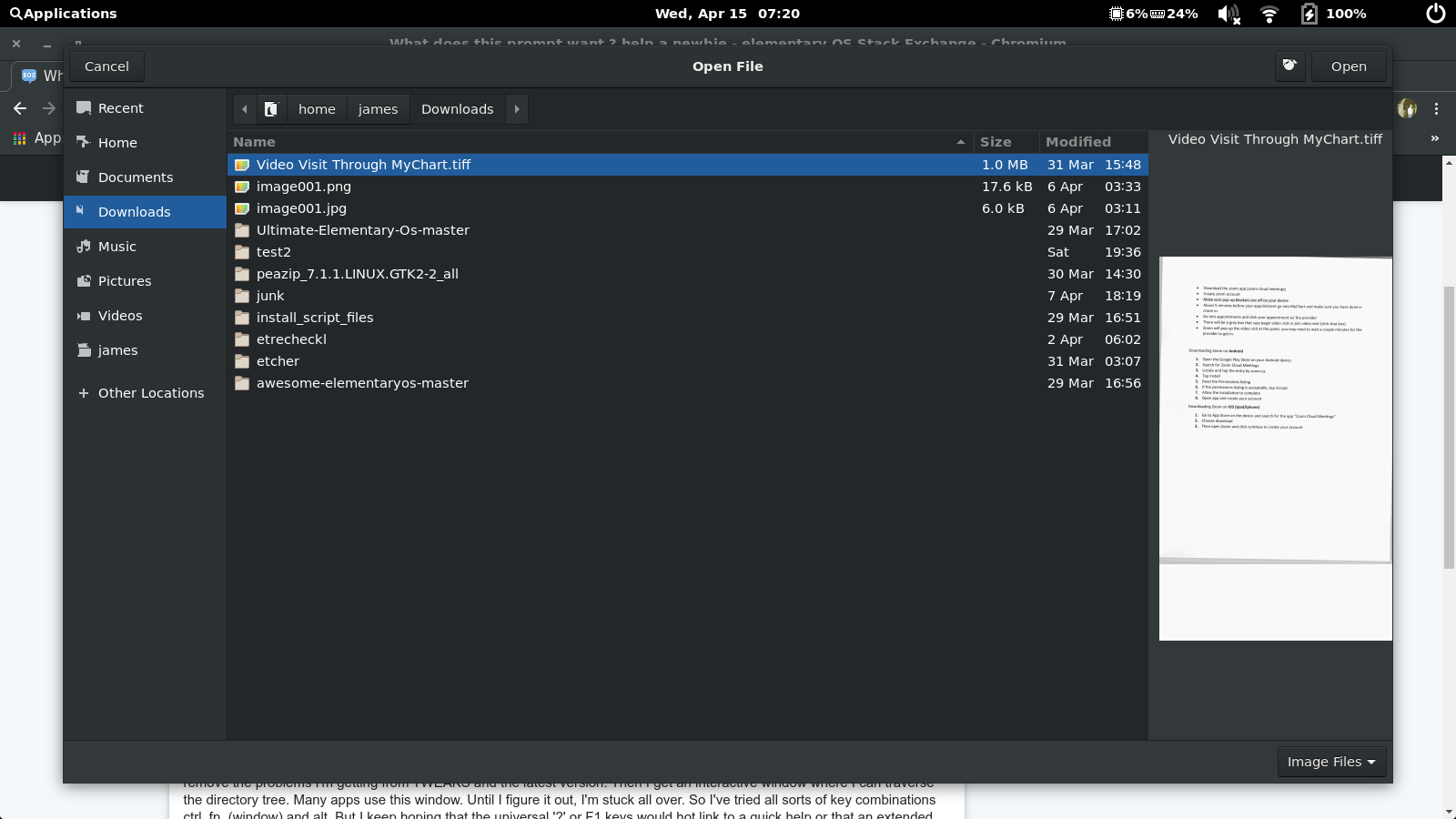 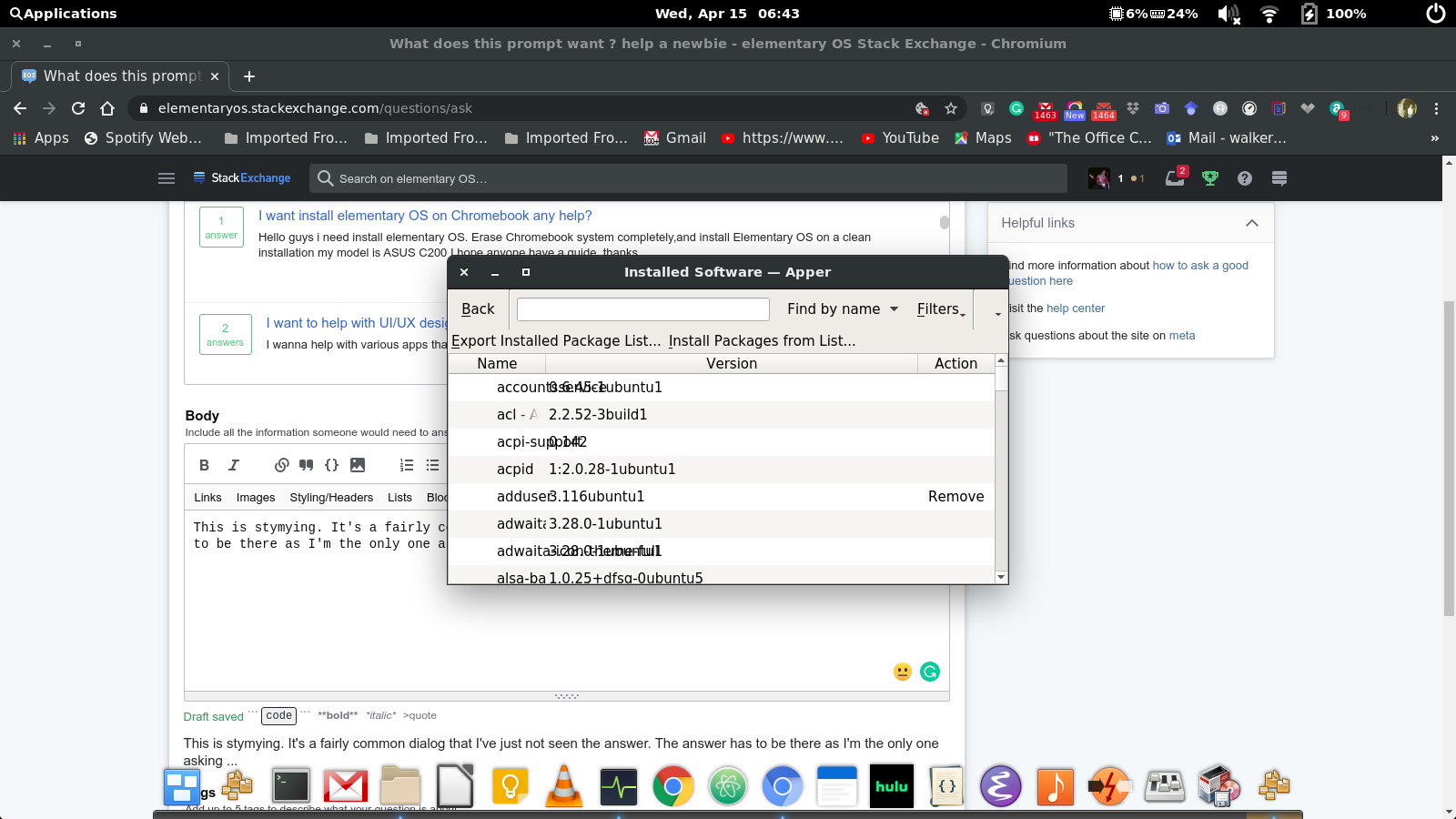 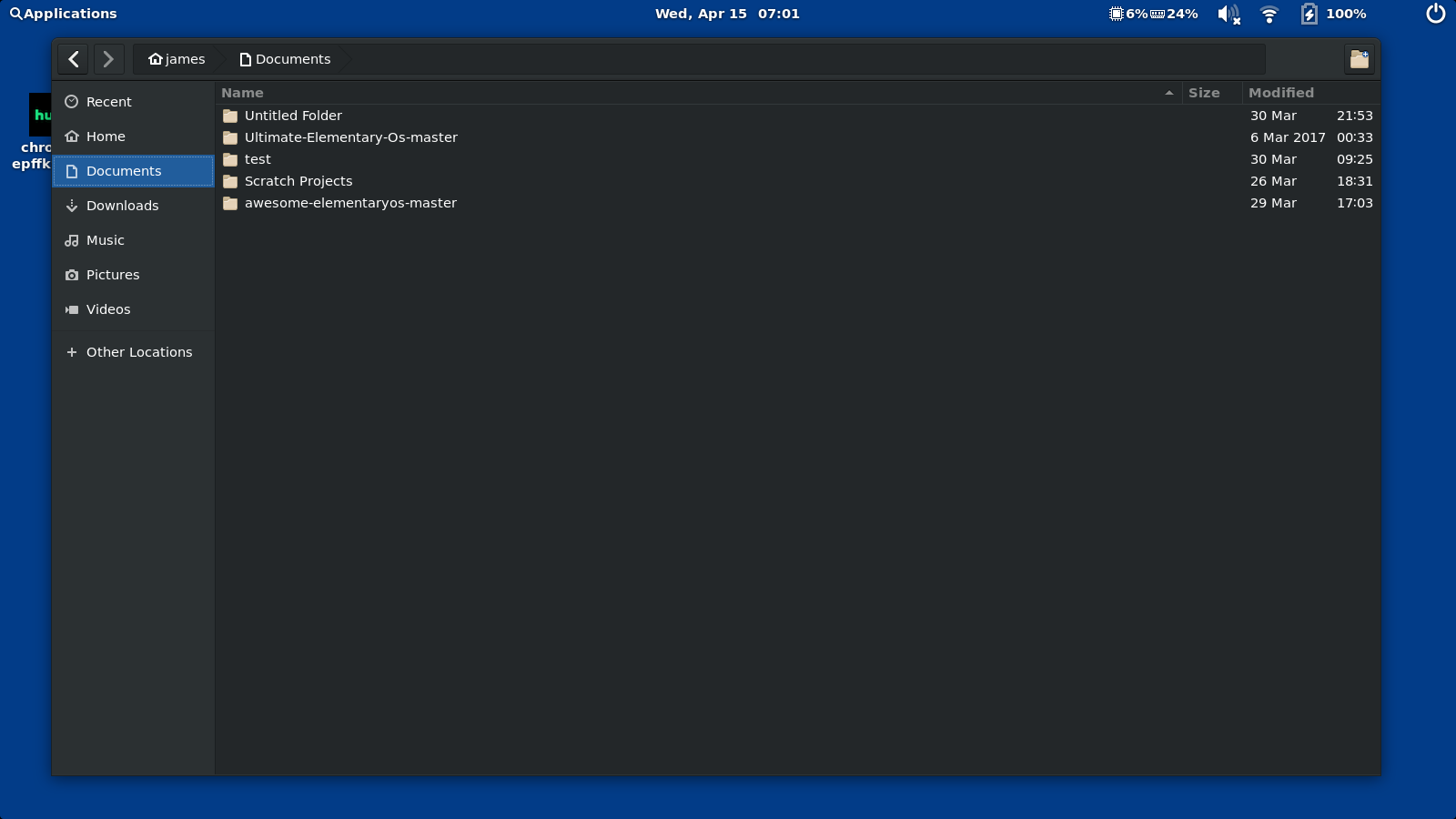 This is a typical start. From the app, I choose an action that's going to ask for a file name. My goal is to export a file to recreate the steps necessary to recreate the install steps I took after the initial install. It's a great improvement on OSX installs that the install can be read for added packages.

Browse other questions tagged software-installation user-interface or ask your own question.

16
Buttons are missing in the file chooser dialog. What should I do?

1
Locked out of computer since install crashed
7
Virtualbox host-only device changes network indicator state
8
Waiting for package manager lock what does that mean?
1
elementary OS 5.0 and Hardware Sensors Indicator
0
I cant install zip (.tar) files using desktop from other Linux Ubuntu downloads
1
Want a zoomed-in display to pan the way a Mac does
1
What do I do here?