Camera mounts as read-only and doesn't show previews in Hera

When I connect any camera to my Elementary OS (I've tried two from different vendors), the camera mounts as read-only (can't delete files, create folders, rename, ...) and none of the images has a preview.

While I can browse the images in Photos, they take ages to load – it's definitely slower than copying them to my computer. 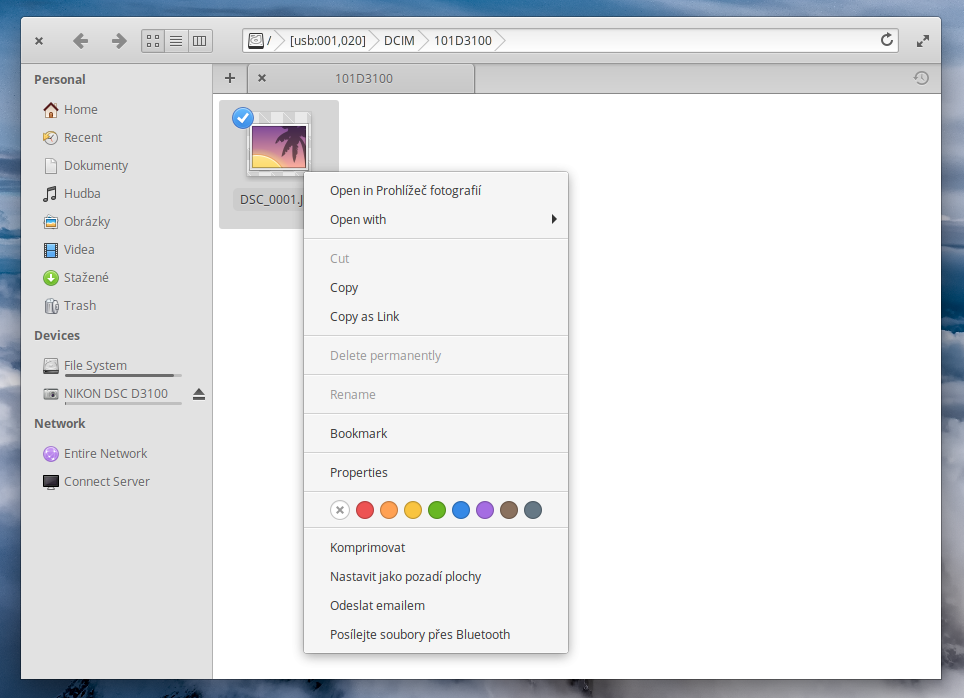 Is there any way to fix this and make my camera automatically mount as read-write and with image previews?

EDIT: I tried using gphoto2 terminal utility to access the camera. I could list the file structure with:

I could even take a photo with --capture-image. But trying to create a folder resulted in a segmentation fault:

I haven't tried setting up USB permissions, as the manual says, yet. The steps are quite complicated and I didn't know which ones apply to me when I'm using gphoto2 as a terminal command.

EDIT 2: I tried on two computers (both on elementary 5.1) with tree devices each. Nikon D3100 and Xiaomi Redmi Note 3 had the same problems on both computers – the device was readonly and had no thumbnails. With Xiaomi Redmi Note 7 in PTP mode, everything works all right – I could delete/create files and folders, I could turn on thumbnails.

Browse other questions tagged pantheon-files mount photos or ask your own question.

0
How to mount a Mojave/HighSierra APFS partition as read only in elementary OS?
0
Drag and Drop doesn't work on newly copied files
2
Hera - dock and file manager are gone after upgrade
0
Show/hide "used" bar and/or entry in Files sidebar for specific drives?