Hello I just installed Elementary OS 5.0 Juno. After the installation, from the app center I installed NVidia 3.40 and then clicked to install NVidia 390. Later I realized I can only used either 3.40 or 3.90, so I clicked to install 3.40 again, but it gave me errors and stuff.
Thinking it's because of the 3.90 driver installed, I click to uninstall NVidia Drive 3.90 from the app center, but nothing happens.
I restart my PC and when I load Elementary OS it goes black screen. So I guess I messed up something in the graphical drivers.

I tried to use sudo apt --fix-broken install and it gives me some kind of errors I don't know how to fix. 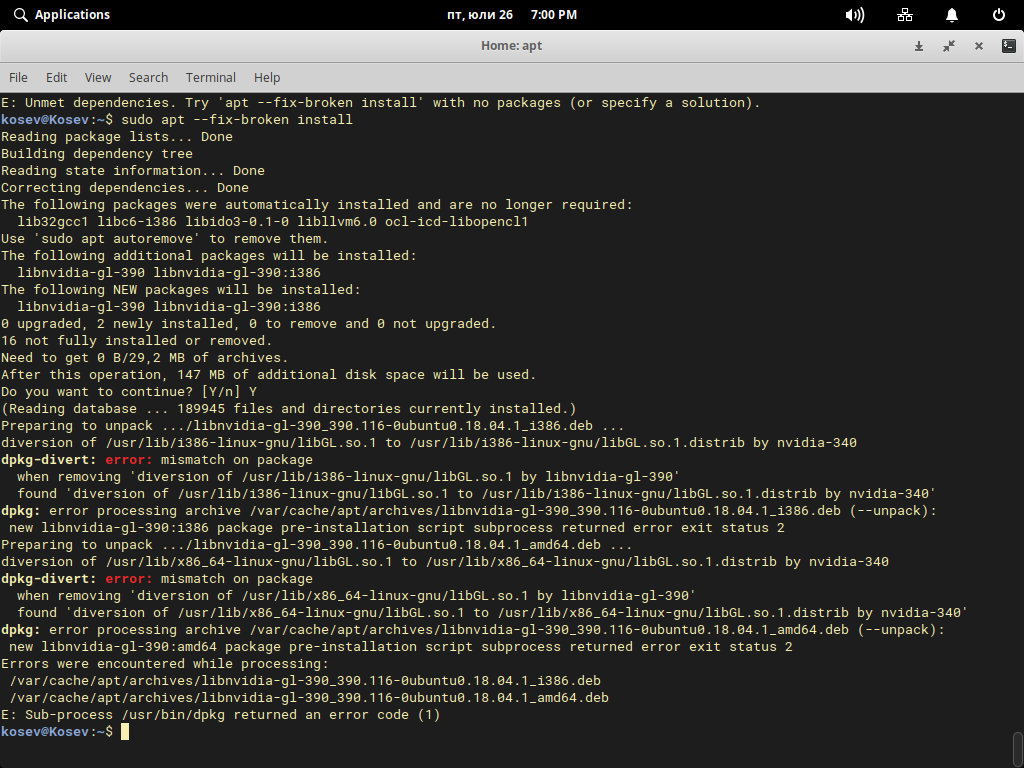 I tried to purge NVidia packages also. And hoping to install but I still get the errors while installing 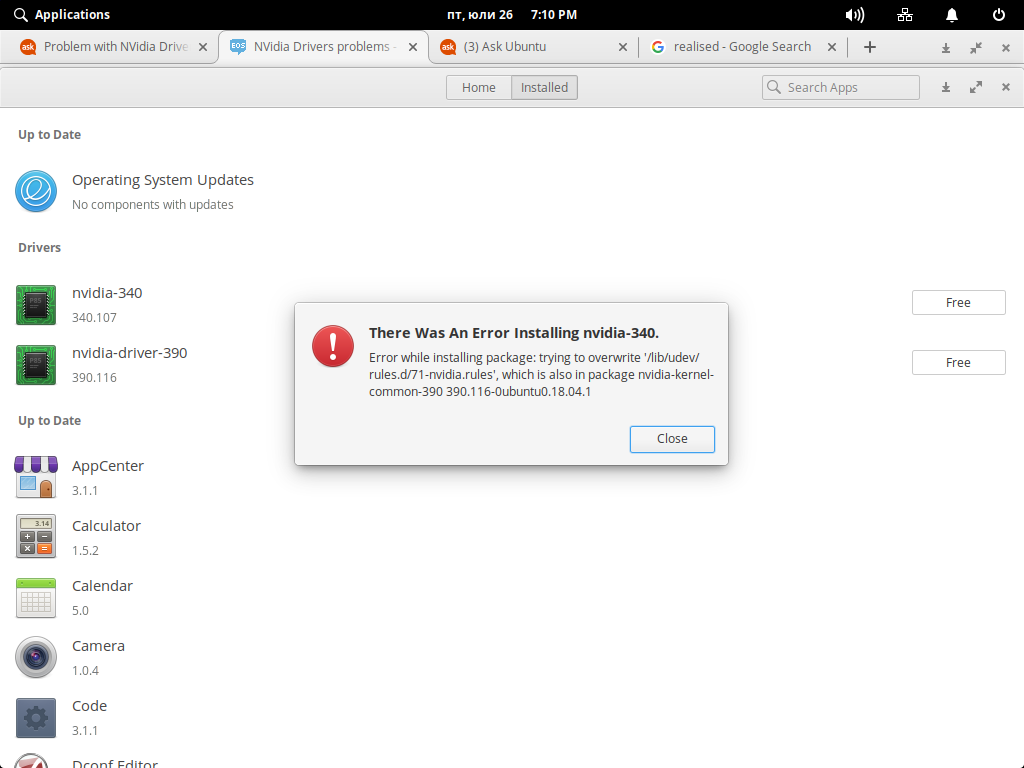 NOTE: The following may delete apps or change settings of programs that you've already installed. Make sure to have a backup of the important files. Open a Terminal and execute the following:

If any of this breaks your desktop, you can install it with sudo apt install elementary-desktop

If your elementary OS installation is fresh and hasn't been meticulously fine-tuned for many hours, I'd suggest reinstalling it; this could really be a much quicker and cleaner solution than trying to unscramble messed video driver dependencies.

After the clean elementary OS re-installation, I'd also suggest installing the correct driver for your video card from NVIDIA PPA instead of using the default driver that ships with the system.

Not the answer you're looking for? Browse other questions tagged graphic-drivers nvidia or ask your own question.