What is the custom command to “Show Desktop” for hot corners? 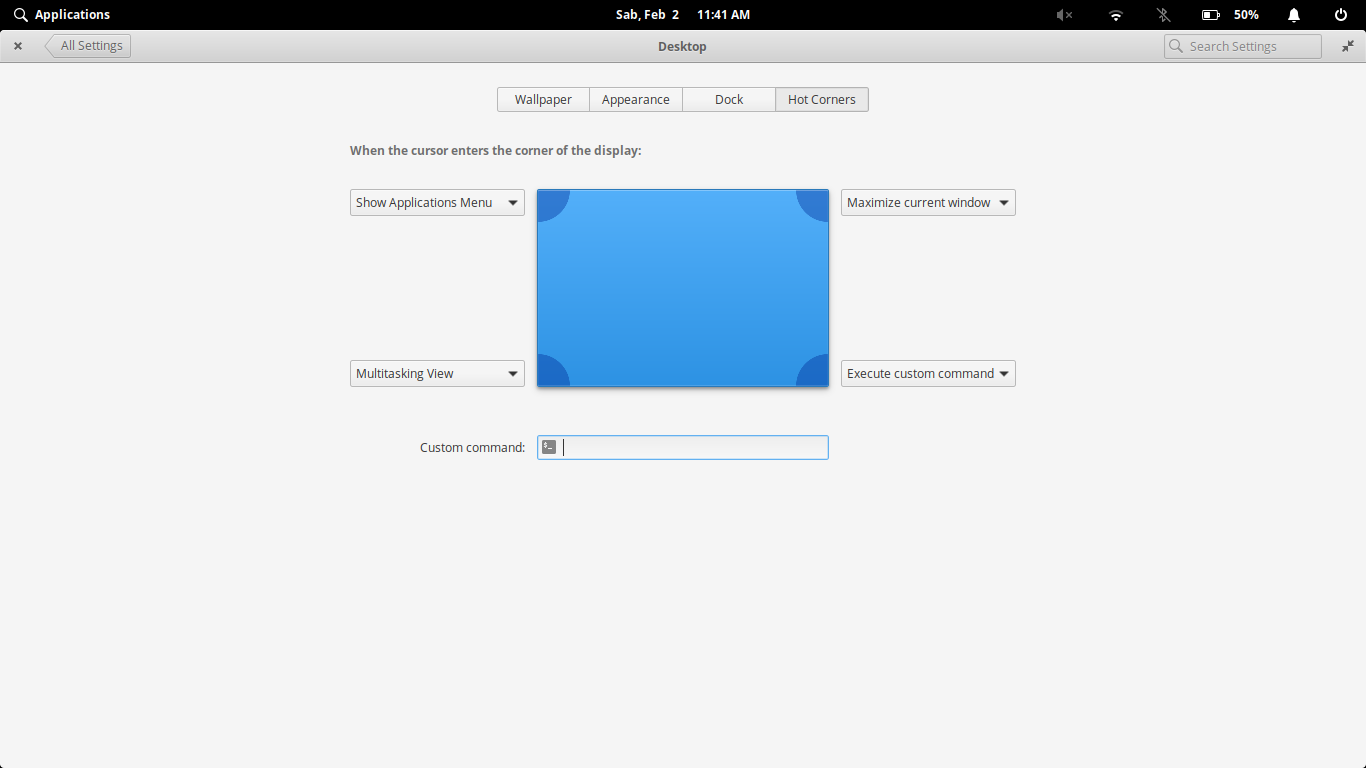 As far as I know, there is no way to run a command after leaving a hot corner, but you can toggle "Show Desktop" when you touch a hot corner.

I've got the following script from this article:

This will check if the desktop is currently shown and toggle it using wmctrl:

Not the answer you're looking for? Browse other questions tagged release-juno hot-corners show-desktop or ask your own question.