Whenever I try to update the software using Software Updater, I get this dialog: 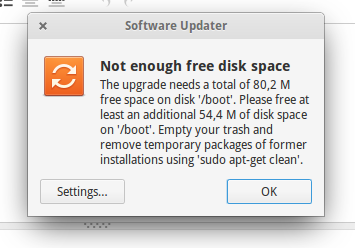 which prevents me from getting the upgrade - and going through apt-get upgrade results in partially upgraded sotware. Also, I've done the cleaning suggested in the last sentence. It still shows up.

The only left thing to try is dealing with /boot, but I do not know what can be deleted and what has to be untouched. 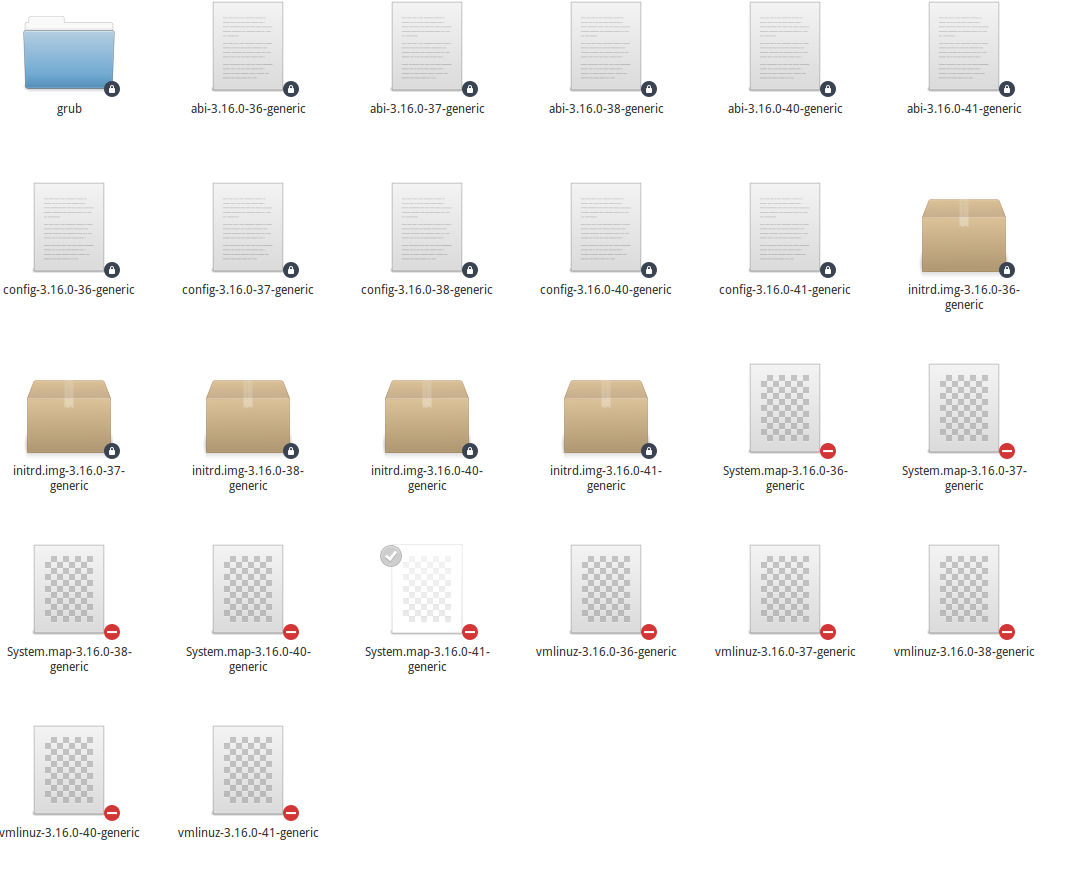 Which is the best, "elementary-backed" solution to the problem?

One way to safely free space in the /boot folder that works for every derivative of Ubuntu is the following:

For ones who'd like to know how that works. There's a similar answer on AskUbuntu from which I've taken the information; kudos to Kultom, who linked it in a comment.

It worked well for me and many users gave positive feedback on this procedure. It is not strictly "elementary-backed", but it works.