It turns out that TexMaker, after compiling several times, crashes when I compile another one. First it appeared: "Error: file not found", and then TexMaker closes and then dozens of alerts of "Close Firefox" appear, and a tap with "Questions for Files" appears too. I haven't used TexMaker too much in this laptop, but I had never experienced this. When I try to compile a beamer, it's even worse: the whole laptop crashes, and lots of tabs with the "Questions for Files" appear. I add some screenshots. 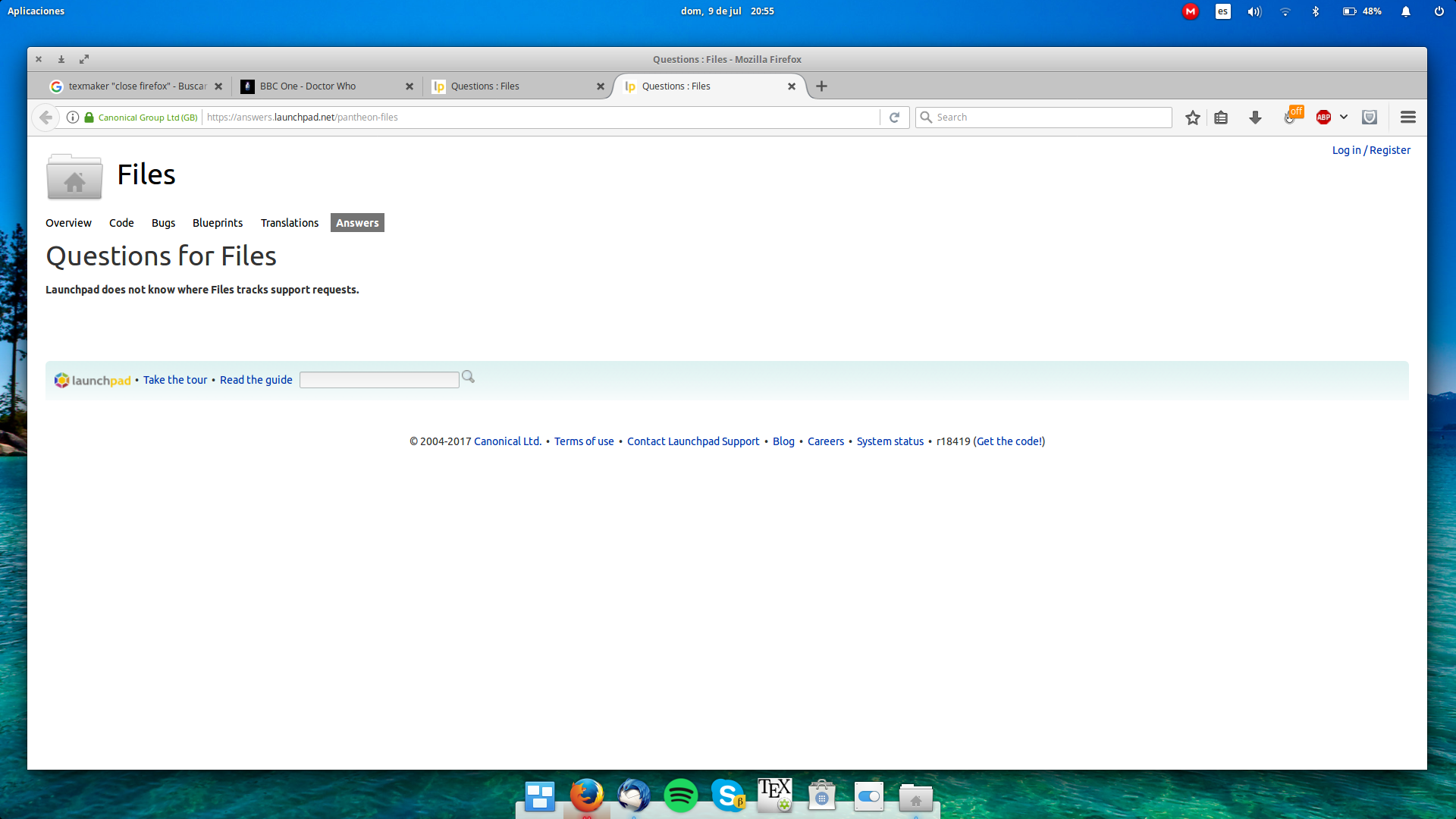 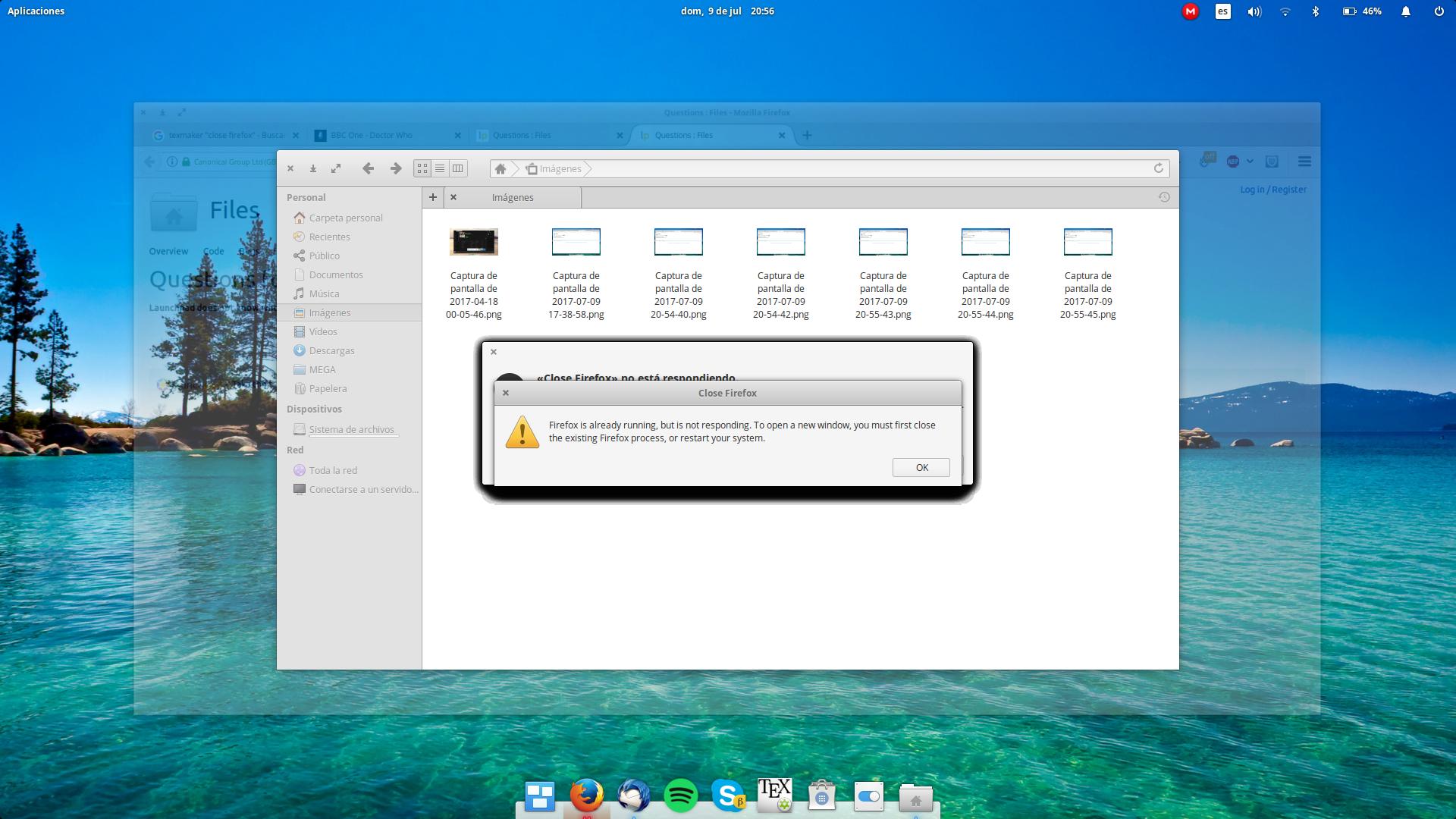 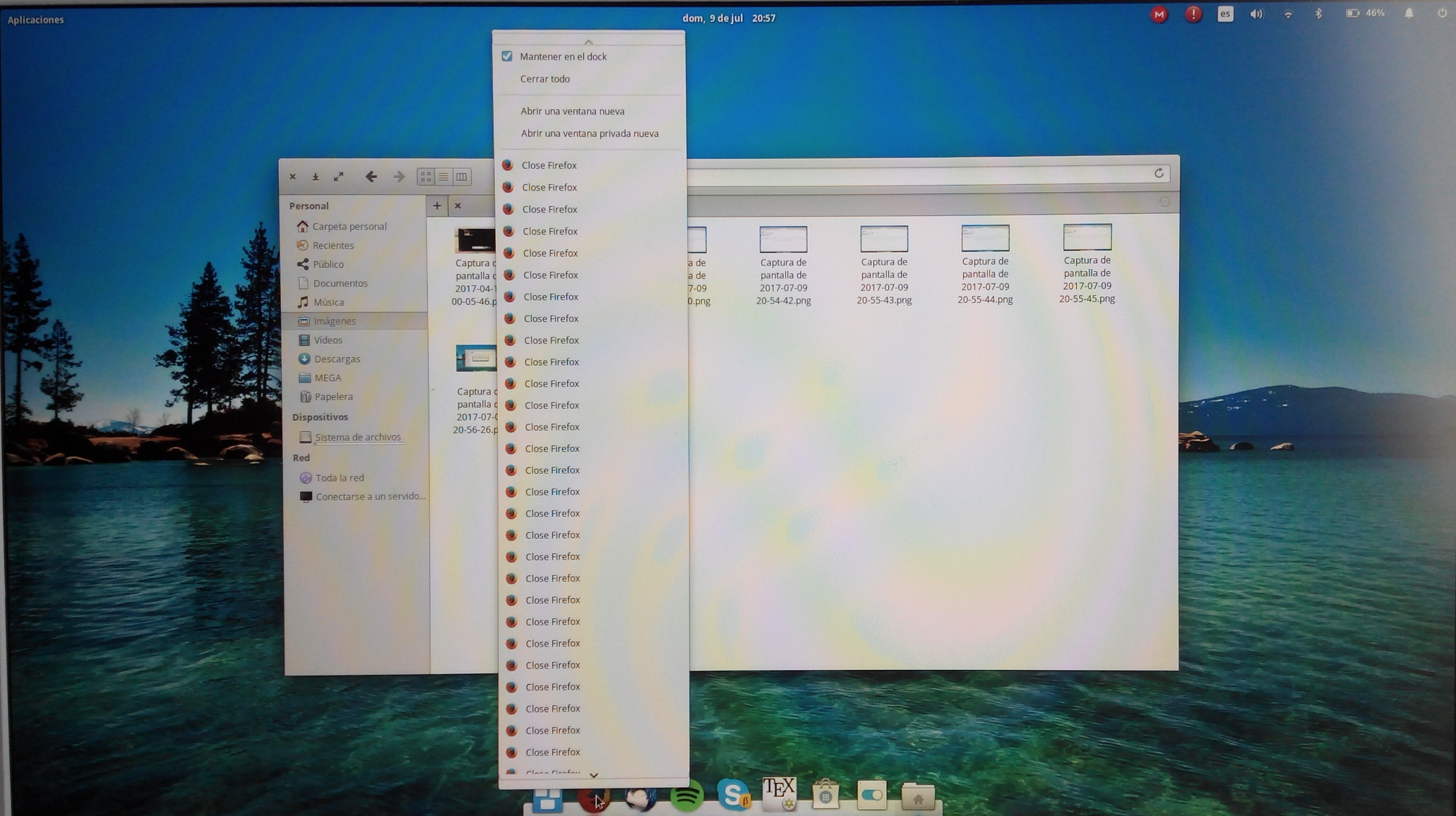 I've recently installed (but I'd say TexMaker crashed before too) some ubuntu-restricted-extras , exactally this, for Spotify , just in case it has something to do.

The laptop is a bit dizzy these days, maybe because of that or maybe this was caused by other thing (it didn't recognize my password once, it indicated 18 hours of battery life - whereas I only have around 3).

Update. I uninstalled and reinstalled Elementary Loki in my laptop, installed TeXLive 2017 (instead of TeXLive 2015 which is the version that appears in the repositories),... and the same issue happened again. My laptop crashed in the same way.

It seemed that using Gedit and by compiling in the command line it worked properly. I installed TeXStudio, and I even by forcing it I couldn't make it crash. It had to be TeXMaker... . Also, it only crashed when I made a quick build.

Not the answer you're looking for? Browse other questions tagged crash or ask your own question.