Why Firefox and Transmission are using so much memory?

If I open a site like artstation.com on Firefox and have Transmission open at the same time my computer crashes. 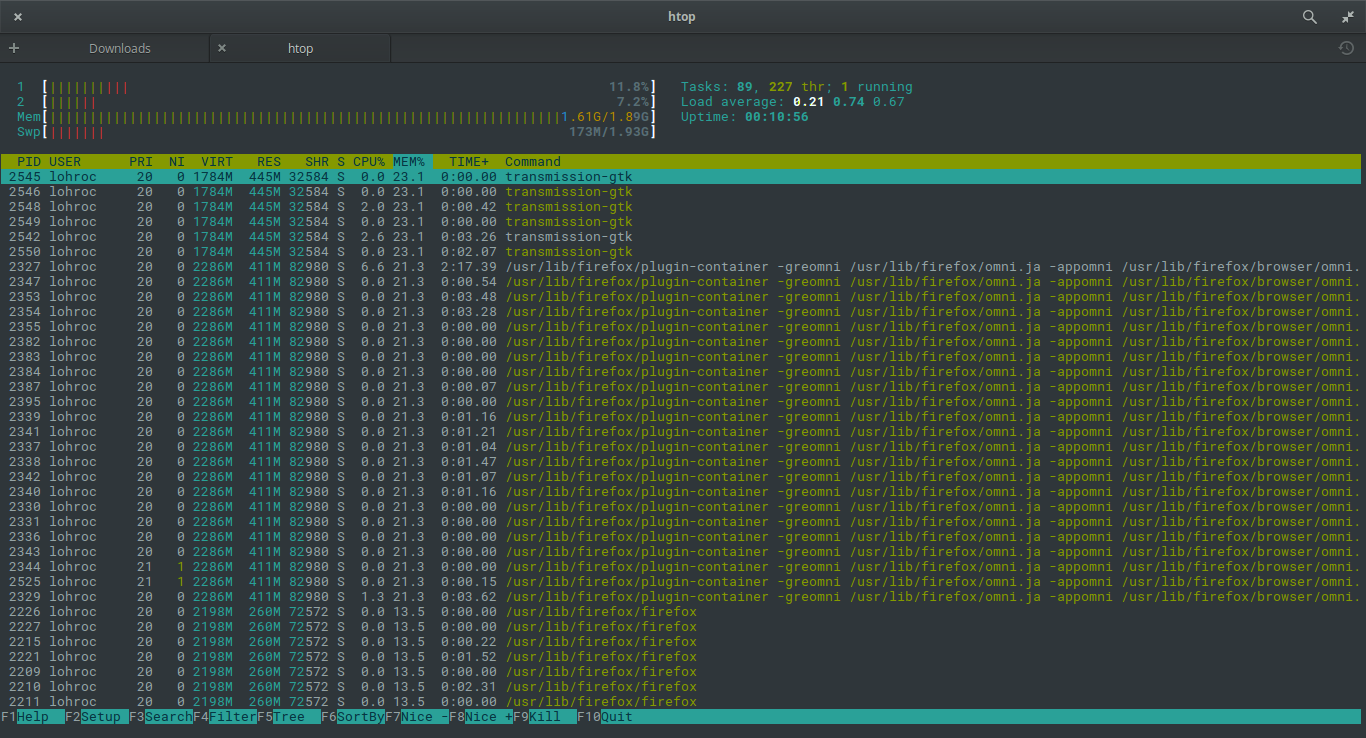 You have only 2GiB of RAM. It's normal that your computer can't handle multitasking really well. You have a few options:

A) Buy some extra RAM. If you have a laptop you can also add more RAM sometimes.

B) Take it easy. Don't rush to open all the programs. Let them some time to load and save their data to the swap. You can also invest in a SSD to make your swap faster.

Those sound like reasonably normal memory usage numbers for those applications, and 2GB of RAM more than meets the minimum system requirements.

It sounds like you might be running out of swap space. You currently have 2GB of swap space allocated. I'd recommend increasing the size of your swap partition to at least 8GB. When you run out of physical memory, your computer should be able to use the swap partition as "extra" memory for applications that you're not actively using. This should prevent "out of memory" crashes.

As a side note, htop can be a bit misleading with memory usage. By default, it shows each thread separately, but all threads for a given command share memory. So, for example, it looks like the Firefox plugin container is using 411 MB of memory x 24 processes, but really it's using a total of 411 MB of memory.