How to type "ë" using shift+e? (as in US international layout Windows version)

Dead keys are symbols that in order to be used have to be followed by Space; followed by other keys, they add diacritics to these keys; the dead-keys resemble the diacritics they trigger, and therefore are easy to remember: "+a=ä, ^+a= â, etc.

", which is a dead key, followed by e gives ë

If you don't want to switch keyboards and use one that doesn't have those dead keys, you can try English US International Algr dead keys, where dead keys appear only with Altgr. There ë is done with Altgr+Shift+r, as seen here: 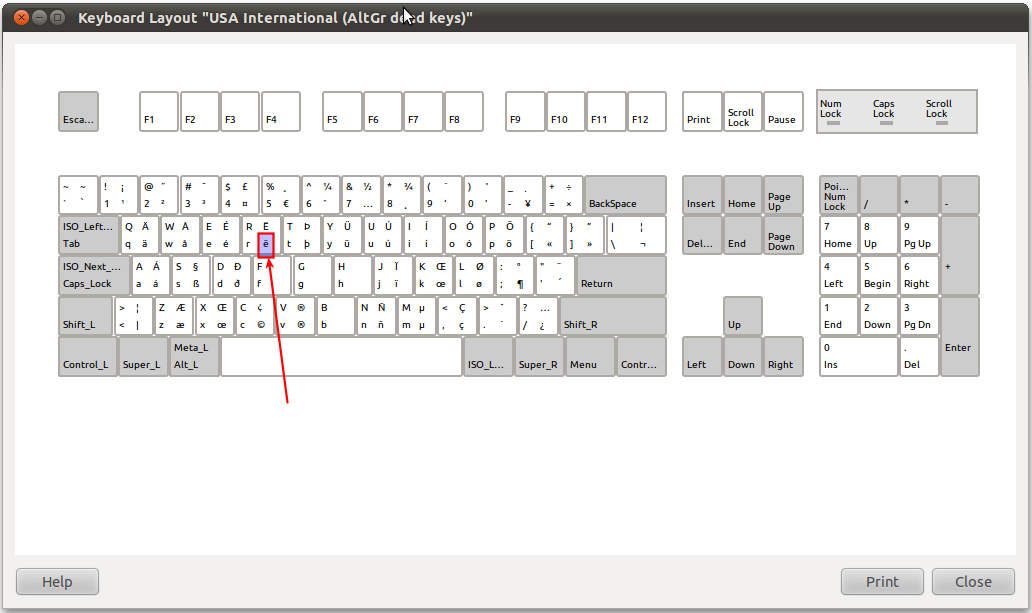 As for ë made with Shift+E I have not found any English US QWERTY layout that does that.

Not the answer you're looking for? Browse other questions tagged keyboard or ask your own question.

9
How do I type in multiple languages on elementary OS?
5
CTRL + SHIFT + key when using CTRL+SHIFT to switch keyboard layout
0
PhpStorm: Dead keys not working (for ', ", etc)
0
Will Logitech K380 and MX Master work on elementary OS?
2
Why is ElementaryOS not processing the "V" key when capslock is toggled on?
0
International Keyboard
1
How to switch to Hiragana keyboard