How do I fix my GUI and package manager, after having removed nvidia-prime? [closed]

After updating the graphics driver, I could not get into graphical mode. So I removed the nvidia and xserver packages, and now, when I run apt-get -f install, I get these error messages: 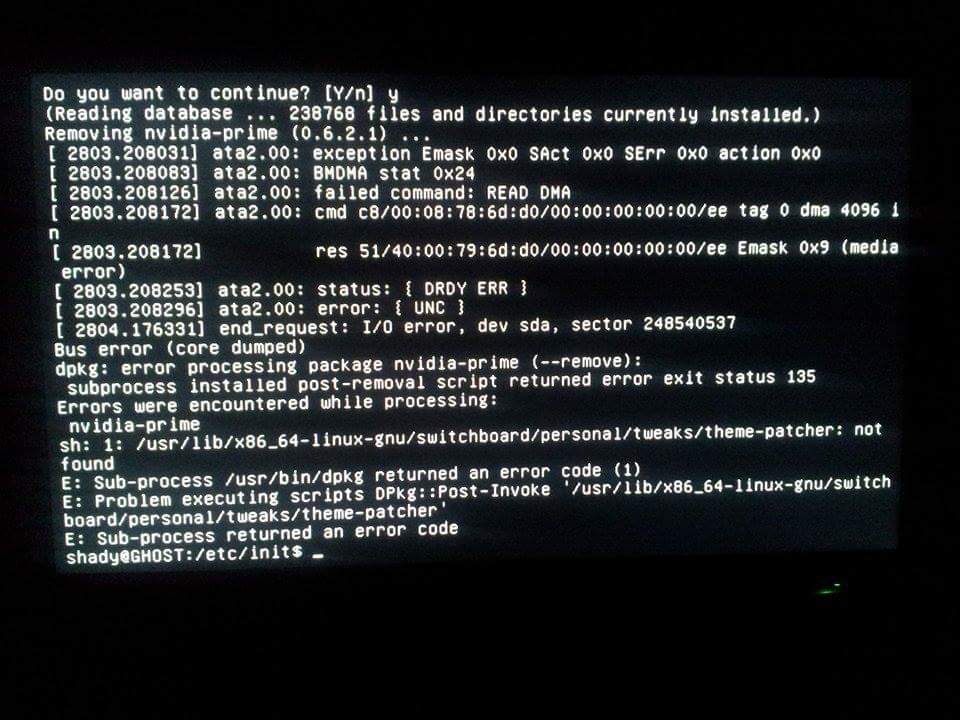 It is the Elementary OS Freya 0.4 x86_64. It all started when I wanted to install Unity 8, and later I "installed" package nvidia-304, although I had installed nvidia-340.

I think it does not matter now, because I do not have any of these packages.

I managed to remove the nvidia-prime package using these commands:

But now I have a similar problem with a package libc-bin, when I want to install anything, which no longer I can not remove: 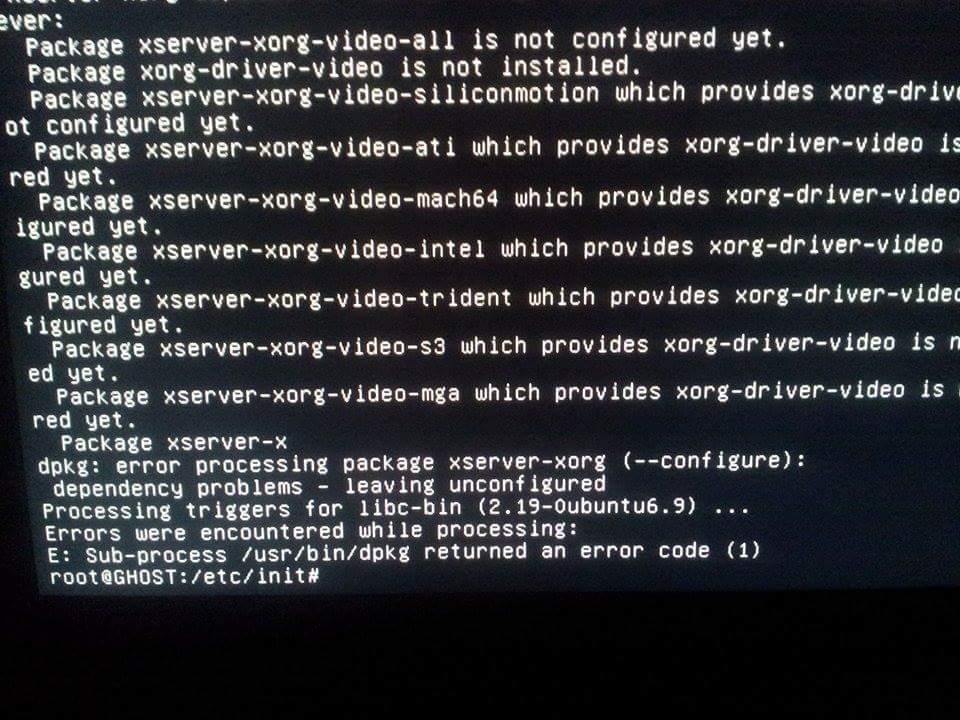 This seems to me like a grave error of dpkg. I do not know whether it would be best to re-install and configure the package manager. What do you think?

2
Graphic glitches when changing windows
0
Problem Updating MESA
2
How can i switch between Intel and Nvidia Graphics card?
0
GPU not detected